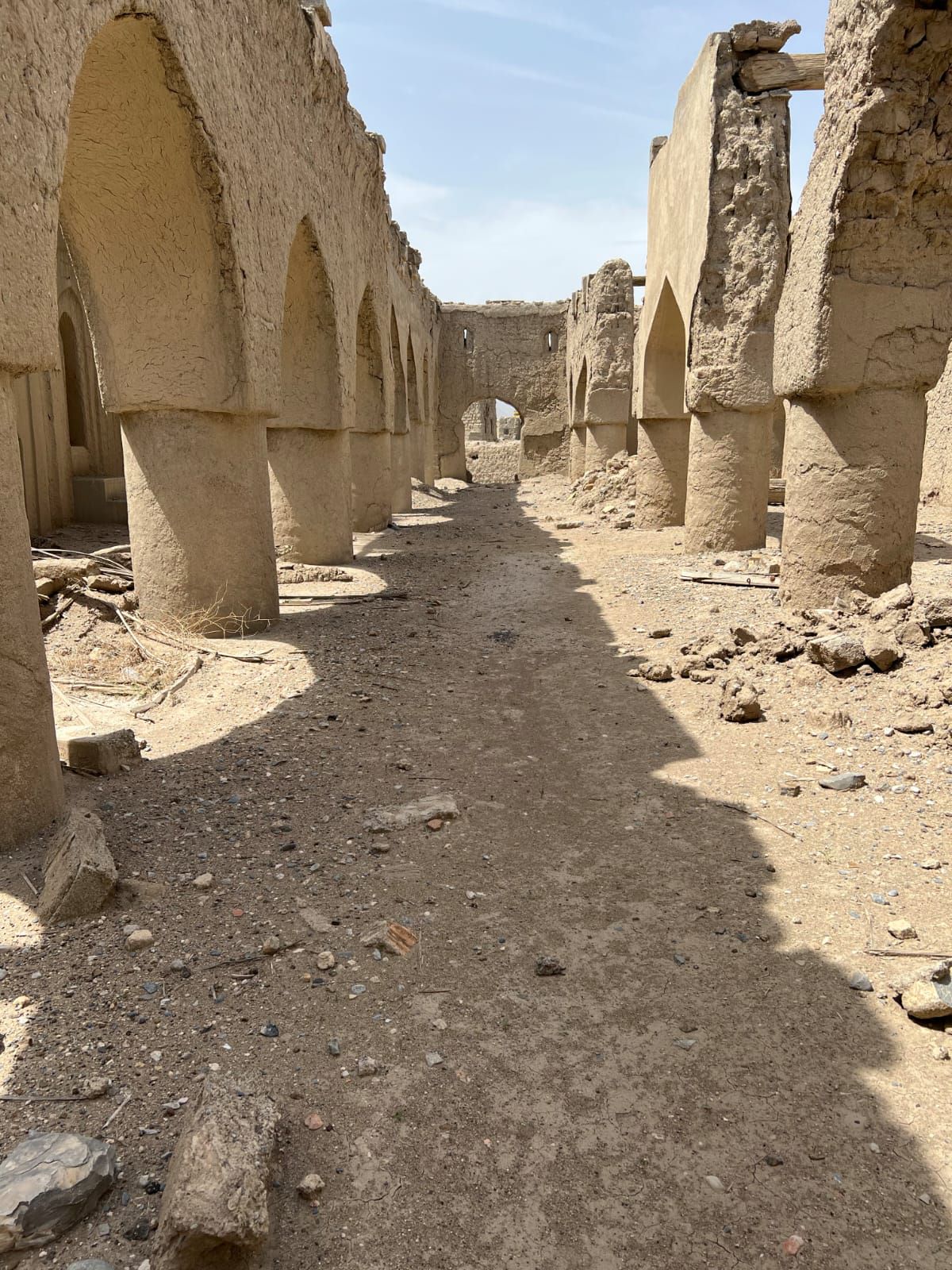 Harat Al-Yemen is one of the oldest human settlements in Oman. It is a part of Izki, which is referred to in the Inscriptions of the plaques of Ishtar of Kind Ashurbanipal 640 B.C. it has witnessed several battles, developments, demolitions and redevelopments, the latest was during the beginning of the eighteenth century.

Harat Al-Yemen is one of the largest oases in the center of Oman – 120 KM from the capital city Muscat. Harat Al Yemen consists of Iziki grand mosque, Bani Sabt Mosque, Alyaaribah fort, a number of Majalis also known as Sible where receptions and different occasions in the village were held. It also consists of towers and fortifications, local housings surrounded by a fence 3 m height and 2m thick. The village has two entrance gates – east gate and north gate. The East gate is called Bab Asabah translating to Morning gate, which was kept, open, all-day and closed after sunset by the village guards (Documentation and Heritage Management plan 2014).

The village is a great place for aa hike between the ruins as it takes you through history with the doors and architecture in place.