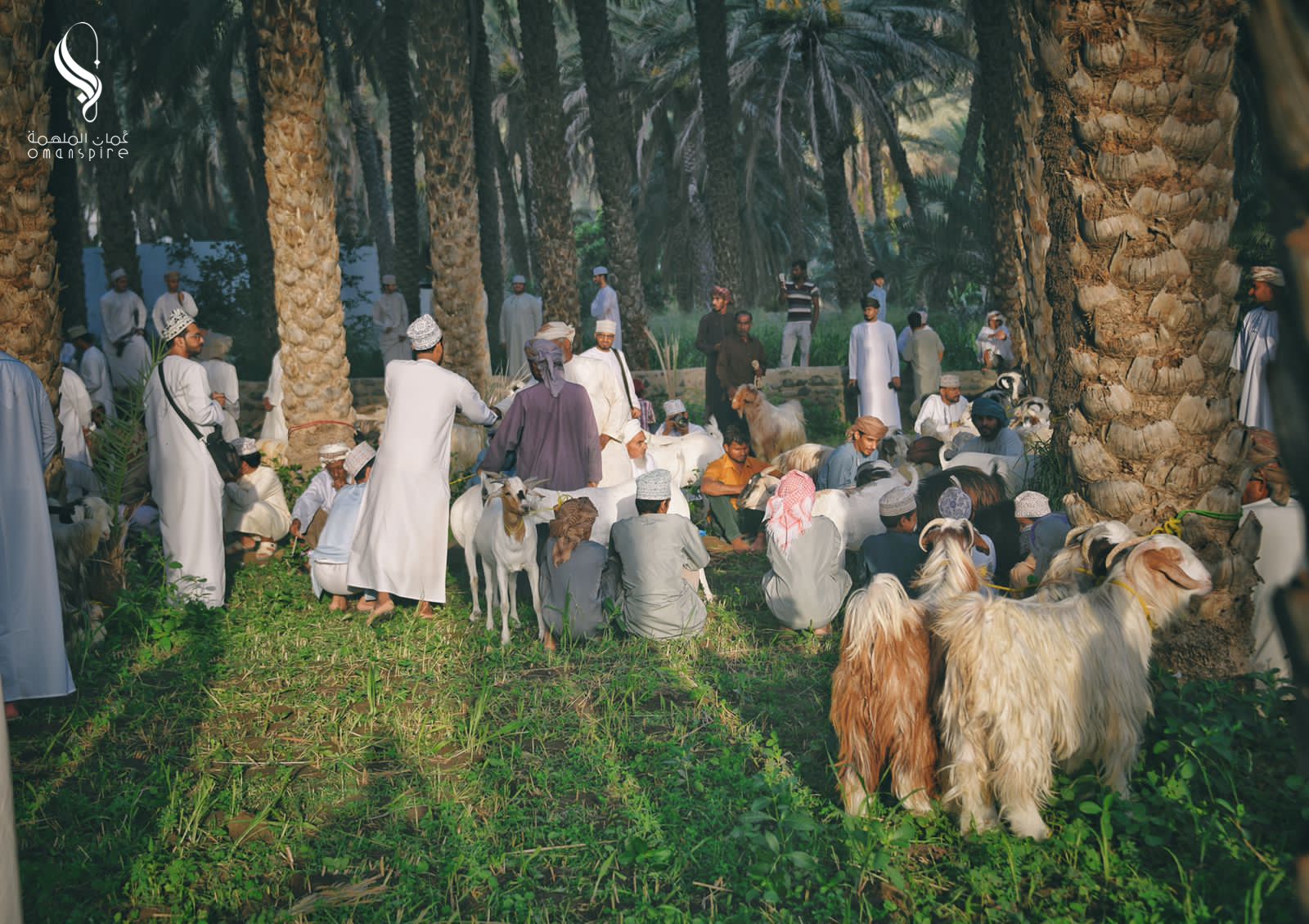 One of the most significant customs of celebrating Eid in Oman is the periodic popular markets (which are held every year) called (Al-Habta, or Al-Halqa). A popular market in which livestock (sacrificial animals), nuts, Omani sweets, Eid clothes, toys and handicrafts are sold. In addition, Food is like grills (Al-Mashakeek), and it lasts for a temporary period before Eid. Due to it being held in the markets, such as Habtat Nizwa which lasts for one day, similarly to Habtat Surur, one of the most famous landings in the Sultanate. It will be tomorrow, the sixth of Dhul-Hijjah 1443 AH / corresponding to the fifth of July 2022 CE. In the middle of the distance between three governorates, the Governorate of Muscat, the Governorate of Al Dakhiliyah and the Governorate of Al Sharqiya, where it is held among the green farms under the shade of palm trees and lush trees and near the aflaj as if it sings the tunes of Eid with the children with the continuous rhythm of life.

Over time, some improvements were made to the market, but also preserving its historical fragrance. Such events are an opportunity to approach the life of the conservative Omani man, and through them, we can observe and contemplate the diverse social and cultural nature closely and experience it closer to nature and man.