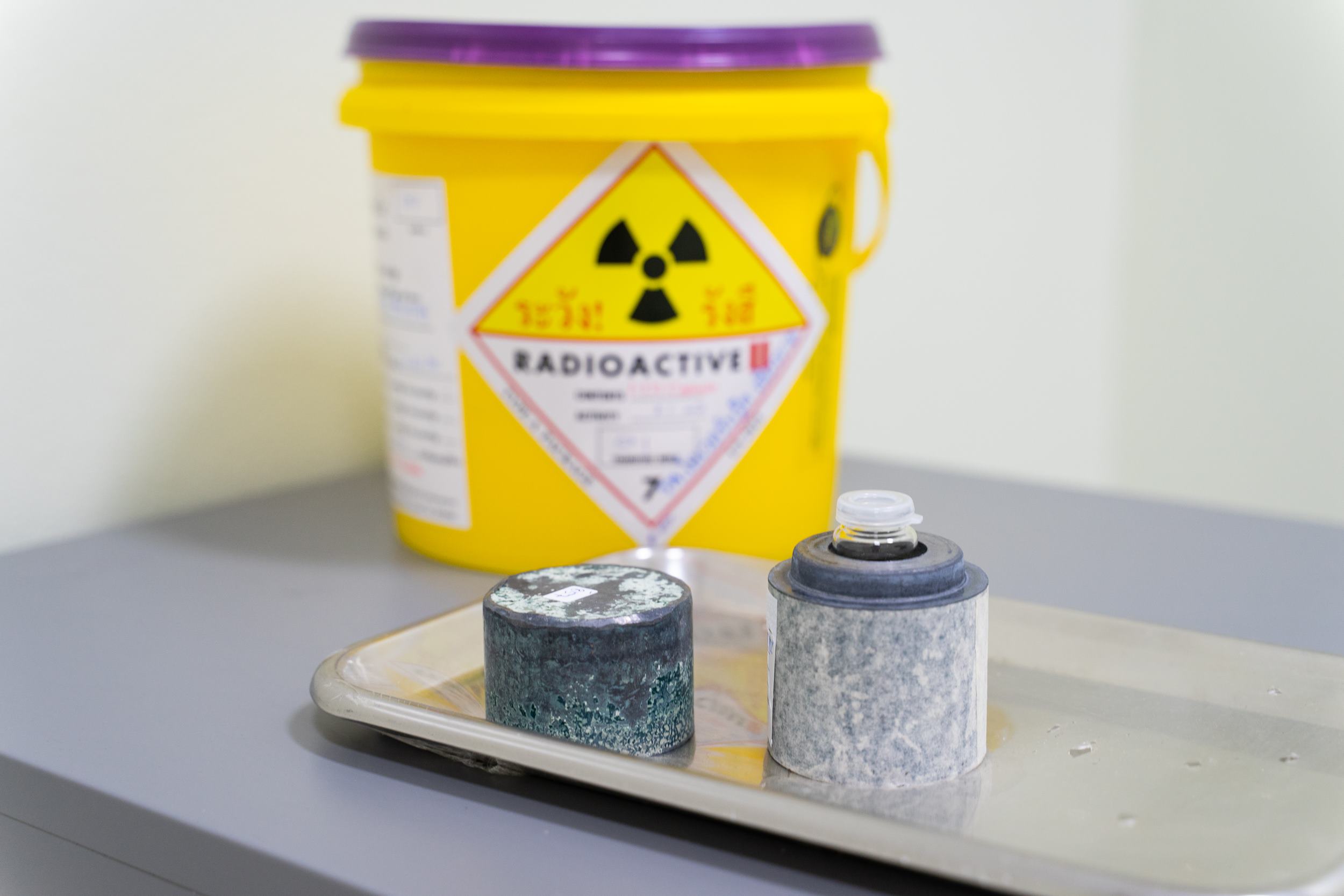 ‏During the past years, large quantities of this waste accumulated in the department's warehouses, which prompted the specialized team to think about how to dispose of it properly while making use of it. The specialized team in the department presented the idea of recycling and exploiting this waste and converting it into another form of lead aimed at manufacturing radiation protection materials for use in the Nuclear Medicine Department, in cooperation with the Arab Lead Company.

The Work on the project started by setting a clear work plan between the team and representatives from the Arab Lead Company. A cooperation agreement was signed between the hospital and the company in June 2021. It included the following steps:

First: The nuclear medicine team counted approximately 10,000 kilograms of lead container remnants accumulated from 2012 to 2020 in the radioactive material store at the Nuclear Medicine Department.

Second: The radiation levels were measured by a medical physicist to ensure that they were free of radiation.

Third: Personal radiation measuring devices were provided to the team dealing with these wastes

Fourth: The lead containers were inventoried according to their type and weight by the same team.

Sixth: The lead containers were transferred to the Arab Lead Company in order to recycle them and manufacture radiation protection devices with international specifications and standards for use by the staff of the Nuclear Medicine Department.

The company delivered two mobile radiation protection devices as a first batch of manufactured materials to the department in April 2022. The cost of one mobile device is approximately RO thirteen thousand, which is necessary to protect workers from absorbing a high dose of radiation when treating patients with radioactive materials. Thus, the feasibility of this cooperation between the Royal Hospital and the Arab Lead Company was demonstrated to dispose of lead waste and recycle it to manufacture very expensive protection materials.

This experiment in recycling is the first of its kind in the Sultanate and perhaps in the region, which is expected to open the door to similar successful experiments in the near future, perhaps for more complex devices.