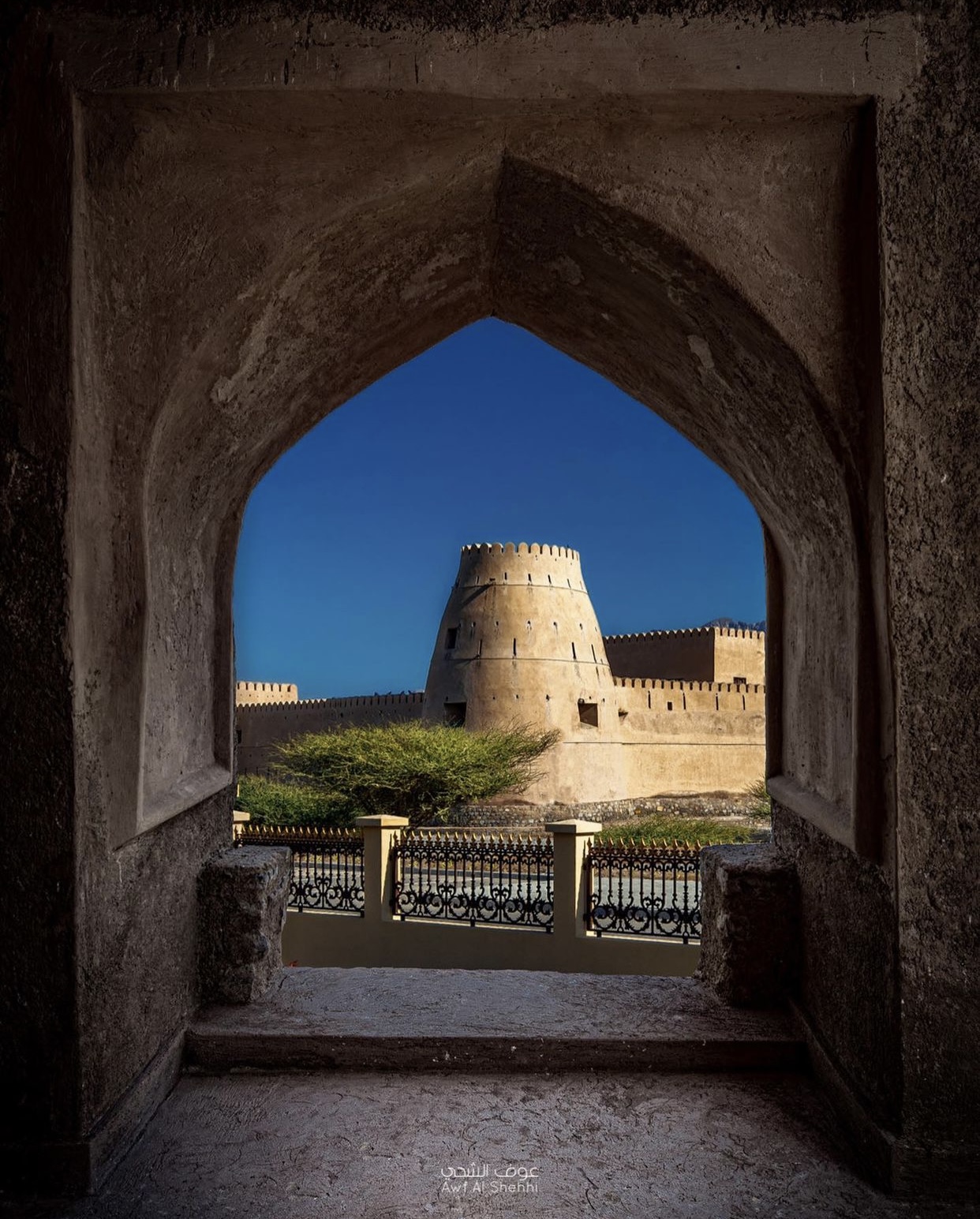 Bukha Castle, also known as Bukha Fort, lies in the quiet fishing village of the same name, in the Musandam Governorate in Oman.

Bukha Fort may have been built as early as the 16th century. It was certainly used in the 17th century by Saif bin Sultan Al Ya'rubi, a powerful ruler whose influence extended into Persia, India and East Africa. It has a, more or less, square ground plan with one round corner tower, 2 rectangular corner towers and one central rectangular tower.

When it was built the moat of the castle had an open connection to the sea. It is said that prisoners were once chained to the walls of the moat, to drown when the tide would come in. At present the sea has receded and the coastal highway passes right in front of the castle, cutting it off from the beach.

Bukha Castle was restored in 1990.

The above information was all the historical information I was able to find about the castle. If you know more; please mail me.

At present Bukha Castle can be visited. Sadly enough it was closed when I came by; I would have loved to view its interior. Al Qala's Fort; a fortified watch tower guarding the southern approach to Bukha Castle, lies on a hill nearby.