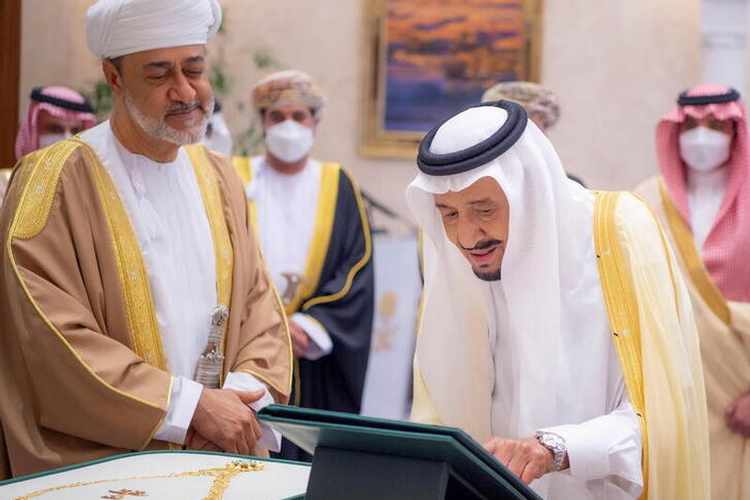 The latest events in the region confirmed the durability of the deep brotherly Omani- Saudi relations. The meetings, mutual visits, bilateral communications, and the struggle to activate these relations in all areas and paths in the next stage are indicators of a shared vision on many issues between the two countries. Their good relations are not new but have been strengthened throughout history and reinforced by the wise leadership between the two countries. The Sultanate's policy is clear; it does not conform to any axis, works, and always calls for peace, tolerance, non-interference in the affairs of others, and the preservation of security and stability in the region. The optimism of recent Saudi-Omani moves, and their positive results, is objective optimism, given what characterizes the Omani-Saudi relations in terms of compatibility and a shared vision on many topics of concern to the region and its peoples. The land road and the border port "Ramlet Khaila - Ruba Al Khali Quarter" are between them and push it forward to make it an essential tool to serve the interests of the two brotherly countries and peoples.

The mutual visits at various levels between the two countries, the strengthening of Cooperation, and the development of common interests have deepened this solid relationship at the bilateral levels. Also, revitalizing the Gulf cooperation process is beneficial for the Arab countries as meetings and bilateral talks, whether political, economic, or security.

These come under the lofty directives of His Majesty Sultan Haitham and his brother, the Custodian of the Two Holy Mosques, a continuous follow-up to the ministers and ambassadors of the two countries to strengthen relations in all fields. This serves the aspirations of the two countries and peoples; this movement is a translation of these relations besides the next stage within the framework of the two countries' development visions, the Kingdom 2030 and the Sultanate 2040. The Kingdom's vision 2030 and Oman 2040 include many giants and diverse projects requiring Cooperation to achieve them for the benefit of the two brotherly countries and peoples. The developed industrial areas in the Kingdom is linked to Duqm and the port of Salalah. An economic movement can be rotated and activated, which will increase trade exchange between the two countries for broader and welcome prospects over the next few years.