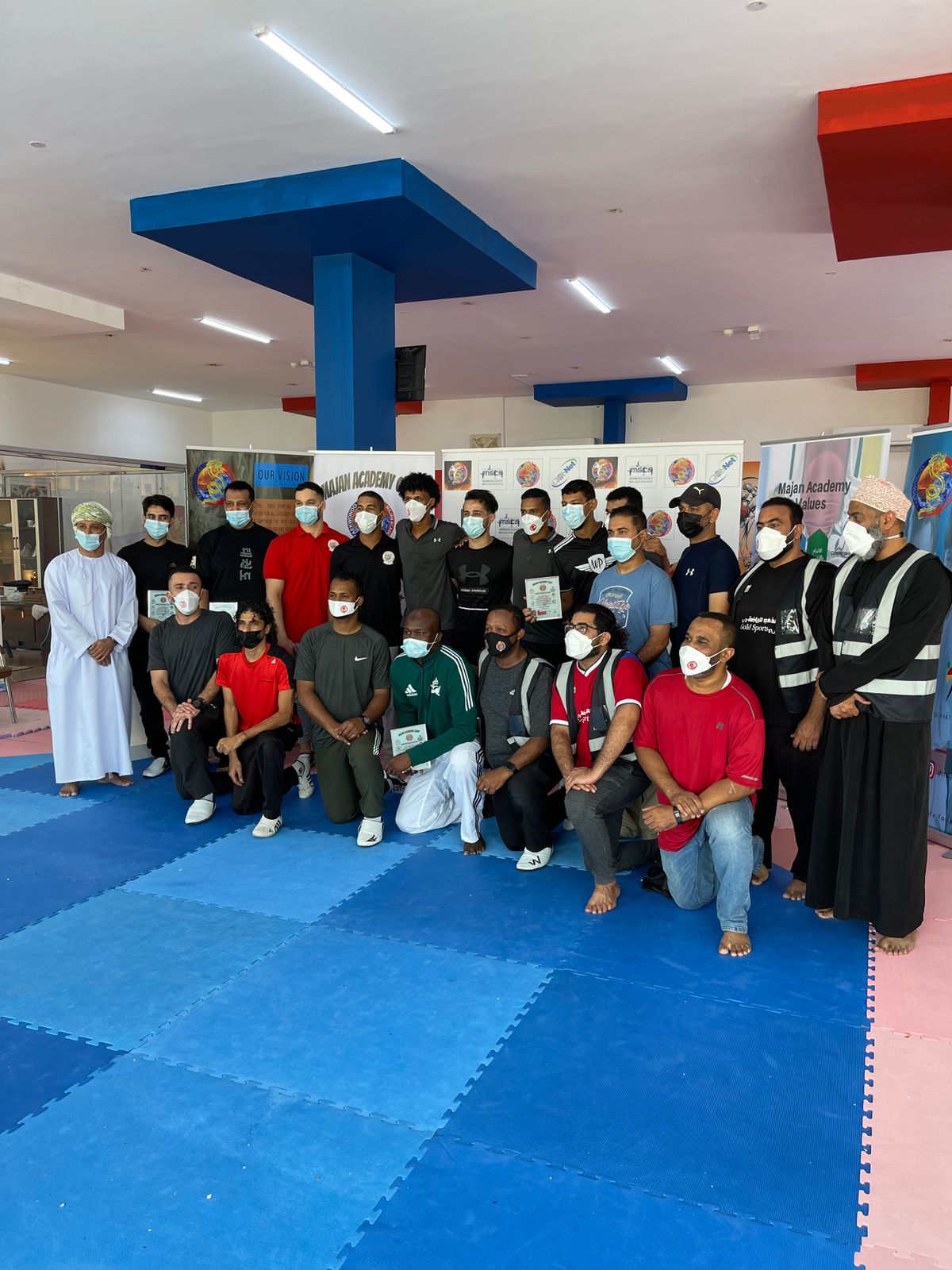 The launch of the Majan Taekwondo Academy camp, for Omani clubs, with 8 Omani clubs, with a total of 80 male and female players, in a single camp of its kind. The first taekwondo camp was launched for Omani clubs in the Governorate of Muscat, at Majan Taekwondo Academy, on September 10 and 11, 2021. There were Omani clubs from various governorates, the Professional Academy, Challenging Club, Falcon Club, Ibri Club For Sports, Elite and Al Bahja Club from Dhofar Governorate, and the attendance of players of all categories from 8 years old to 18 years old.

Where this camp extended for two days, from morning to evening, and trained club players, in the arts and techniques of Taekwondo, with the latest modern equipment, from Daedo International Company, owned by Majan Taekwondo Academy, which is used in world championships and was used in the last Tokyo Olympics. The camp's main objective is the contact of club players and acquaintance between the players of all provinces, transferring experiences and techniques when fencing, and raising the level of physical fitness. In preparation for the upcoming world championships, Omani clubs will participate in the Fujairah International Championship, which will be held in February.

The participating clubs from this camp were praised, the most wonderful, and taken the precautionary measures stipulated by the Supreme Committee. On the second day, a conclusion was made for this camp by honoring the Omani clubs and thanking them for participating in this distinguished camp. The Omani clubs will continue to work collectively to raise the level of this sport from the work of camps and championships on a global level.