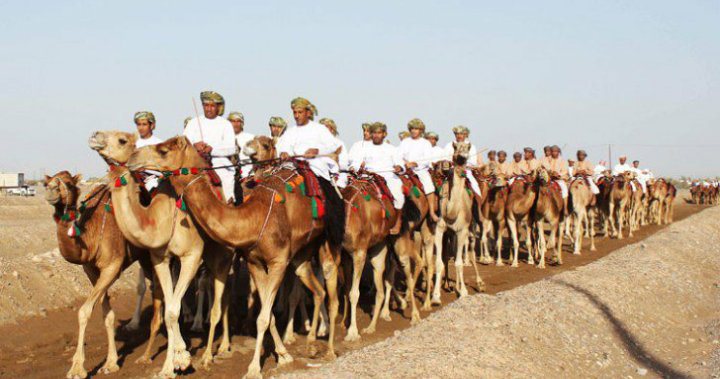 The art of Taghroud, is considered as one of the traditional legacies, many of the Sultanate’s governorates are famous for, it is derived from the Bedouin environment and their culture. It comforts the departed on their camels or horses, as well as the camels and horses, and the falcons are also tamed with it at night. A meaning independent of the next verse in a creative and vocal harmony, which the poet performs in a loud voice according to the circumstance and situation, an extension of some of his words and rhymes.

In December 2012, the art of taghroud became among the elements of human heritage included in the Representative List of the Intangible Cultural Heritage of UNESCO through a joint file submitted by the Sultanate and the sisterly United Arab Emirates.

The inclusion of this important heritage element on the UNESCO Representative List represents an enhancement of the chances of its survival in the face of societal changes, as safeguarding measures - especially those in which a large number of audiences participate, such as celebrations, festivals and poetry competitions - helps gather poets and audiences to share and exchange experiences. The art of Taghrod as one of the oral presentations of cultural heritage will help to highlight a traditional practice that still retains its meaning and importance to the practicing groups, as it is part of the Bedouin cultural heritage and is historically linked to some social values that govern the relations between people and tribes, their view of the environment around them and their social customs.

Al-Taghroud poetry is said for various well-known purposes of poetry, such as enthusiasm, admonition, complaining, description and praise, in addition to describing camels, horses and their related matters, satire, lamentation, and related to human issues.

Al-Taghroud begins by composing a short poem (usually less than seven verses or a little more than that) that is improvised sometimes and can be sung by one individual on his camel, or performed by two alternately, or it is performed in the so-called (Humpel Bush) in the form of singing performed by two groups Of the camel riders, and these poems follow the rapid meter in the eloquent Arabic poetry known as Al-Rajz.