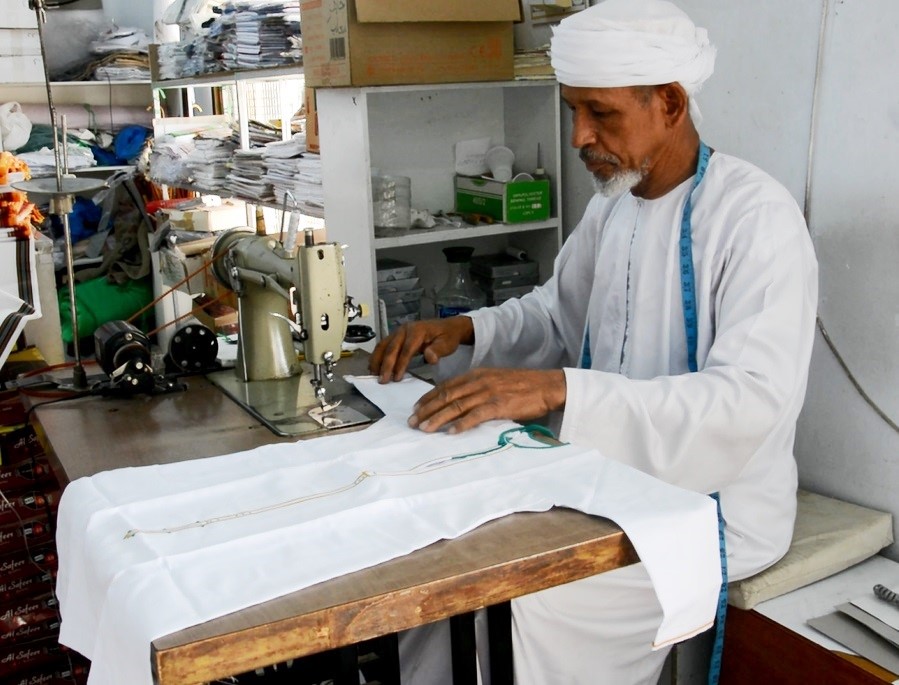 Saeed bin Hamad Al-Touqi, from the Wilayat of Ibra in the North Sharqiyah Governorate, has been practicing sewing Omani clothes for more than sixty years. His passion took him to the world of excellence, mastery, and creativity, preserving a cultural legacy that extends over many years. Saeed stated that he started his dressmaking profession in the wilayat of Ibra, in my home in the old market known as Souq Al Qanater." The beginning was difficult due to the lack of current sewing machines and the difficulty of bringing raw materials from the fabrics and other professional requirements at that time. He added that he started the profession of sewing Omani men's clothing at the age of 20 with three other young men. "With my colleagues' association with other work in the public and private sectors, I refused to leave this profession and decided to continue it so far for about sixty years of diligence. I moved to my current location in the Safala market in 1985."