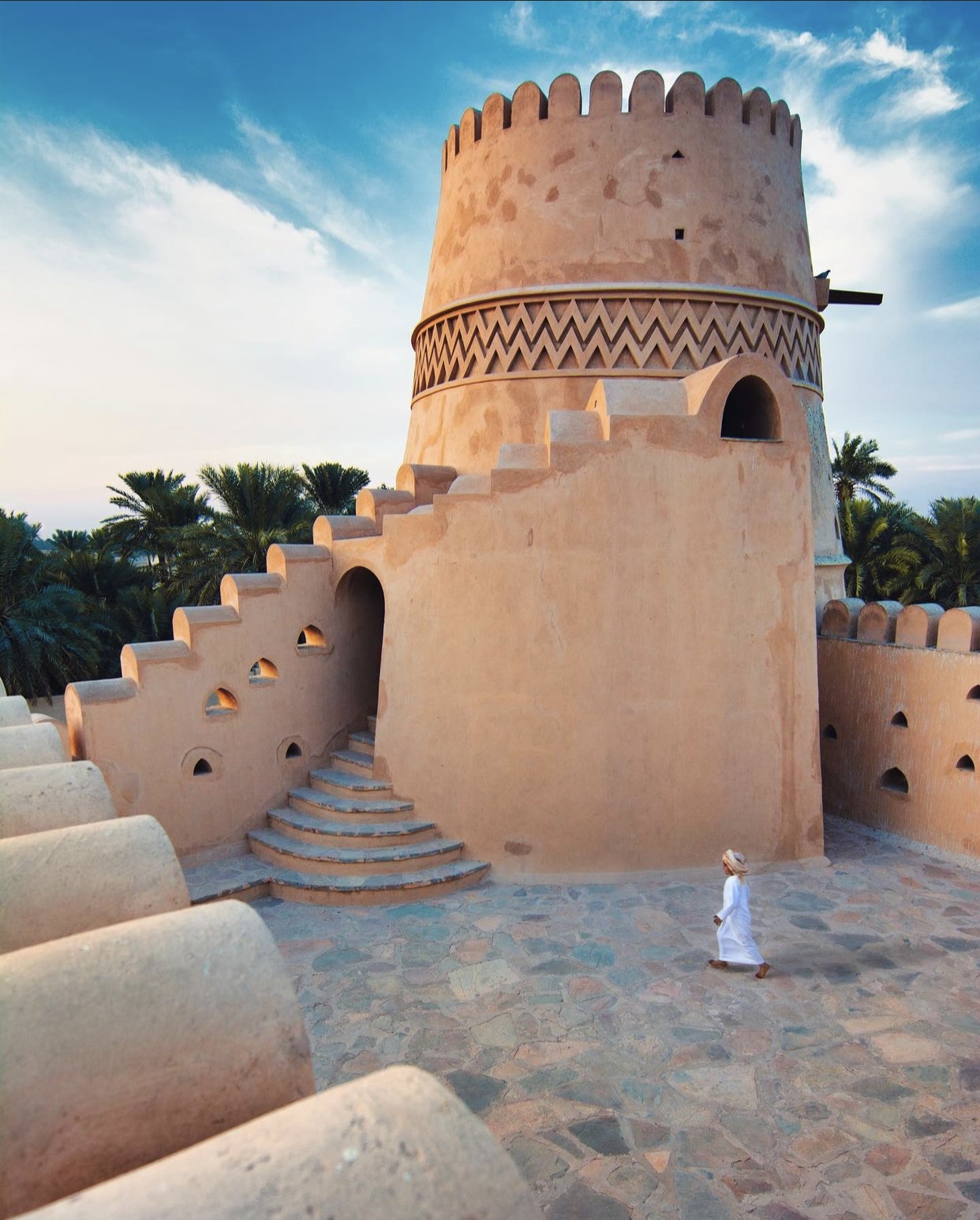 Wilayat Buraimi has preserved its historical symbols. The Khandaq and Hillah fort is considered one of the historical forts there. Hilla fort is located near the market in Wilayat Buraimi, which was built on an area of ​​about 4200 meters on which the components of the fort are distributed and surrounded by a wall of 79 meters. In comparison, the northern part extends over 53 meters, and the height of the fort's external walls is between four and six meters. The fortress also includes three fortified sites shaped like towers. It has a square tower at the main entrance, which consists of two floors at the height of 10 meters, the northeastern tower consisting of a fortified room on the upper level at the height of 10 meters, and the circular tower on the northwestern side at the height of 10 meters as well. The fort includes four towers: the southeastern tower, the northeastern tower, the northwestern tower, and the southwestern tower. The Ministry of Heritage and Culture (previously) completed the fort's restoration in 1993, to be one of the preserved historical monuments.