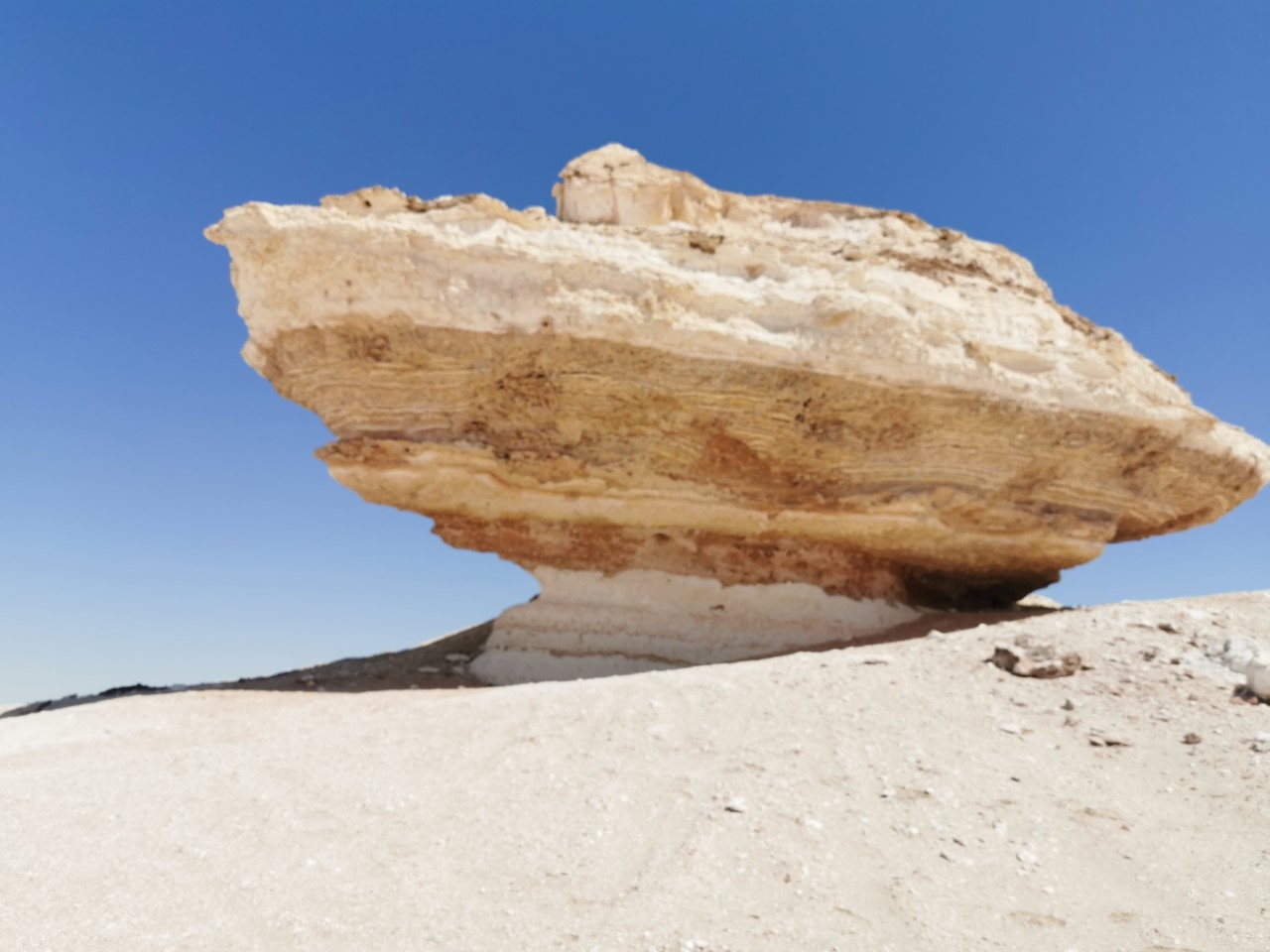 Al-Hawja" rock in Al-Sahma sands, southwest of Haima, is a prominent tourist and historical landmark for many tourists and visitors. It is about 70 km away from the state center. The large rock comes in the form of a ship sailing in the oceans, apart from the place, as Abdullah bin Hammouda Al-Haroussi, a resident of the region, said that the rock was a destination for road travellers who would shelter in its shade from the summer heat and cold winter. It is almost one of the most important landmarks in Ramlet al-Sahma in Rub' al Khali desert.