The historical village of Tahouh 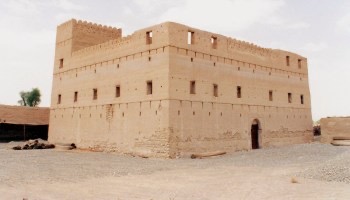 The mountain village of Tahwa is one of the ancient historical villages of Wilayat Al-Kamil and Al-Wafi. The palm trees in it are fed by permanent flowing aflaj. The village of Tahoua is about 30 kilometers from the center of the state, and there are several villages and residential communities surrounding it such as (Wadi La), (Isola), (Gharara), (Saih Malha), (Saih Muqla) and (Tay). The village of Tahoua is surrounded by agricultural areas too, where the agriculture occupies a huge importance to the people in the village, and it is not surprising that it is famous by several large falajs that is used by the people in the village, such as (the Sulfur falaj), which is one of the most important and famous falajs in the village and they chosed this name due to the high percentage of sulfur in its waters. Infact it is one of the aerial falajs that irrigates large areas of the village and is frequently visited by visitors of the village, as well as the (La Valley) falaj, which is considered one of a Dawoodi falaj that increases in abundance when the rain falls. The village of Tahoua is well-known for its cultivation of palm trees and varied fruits, as well as mangoes. Regarding the historical monuments, the village of Tahwa is considered one of the ancient historical villages and its importance stems from its location on the line of commercial groups. It is the middle between the commercial city of Sur and the cities located in the south and northern eastern region. This village was settled by human in ancient civilizational stages, and there are defensive towers in the village such as Tahoua Tower, and many other historical monuments.