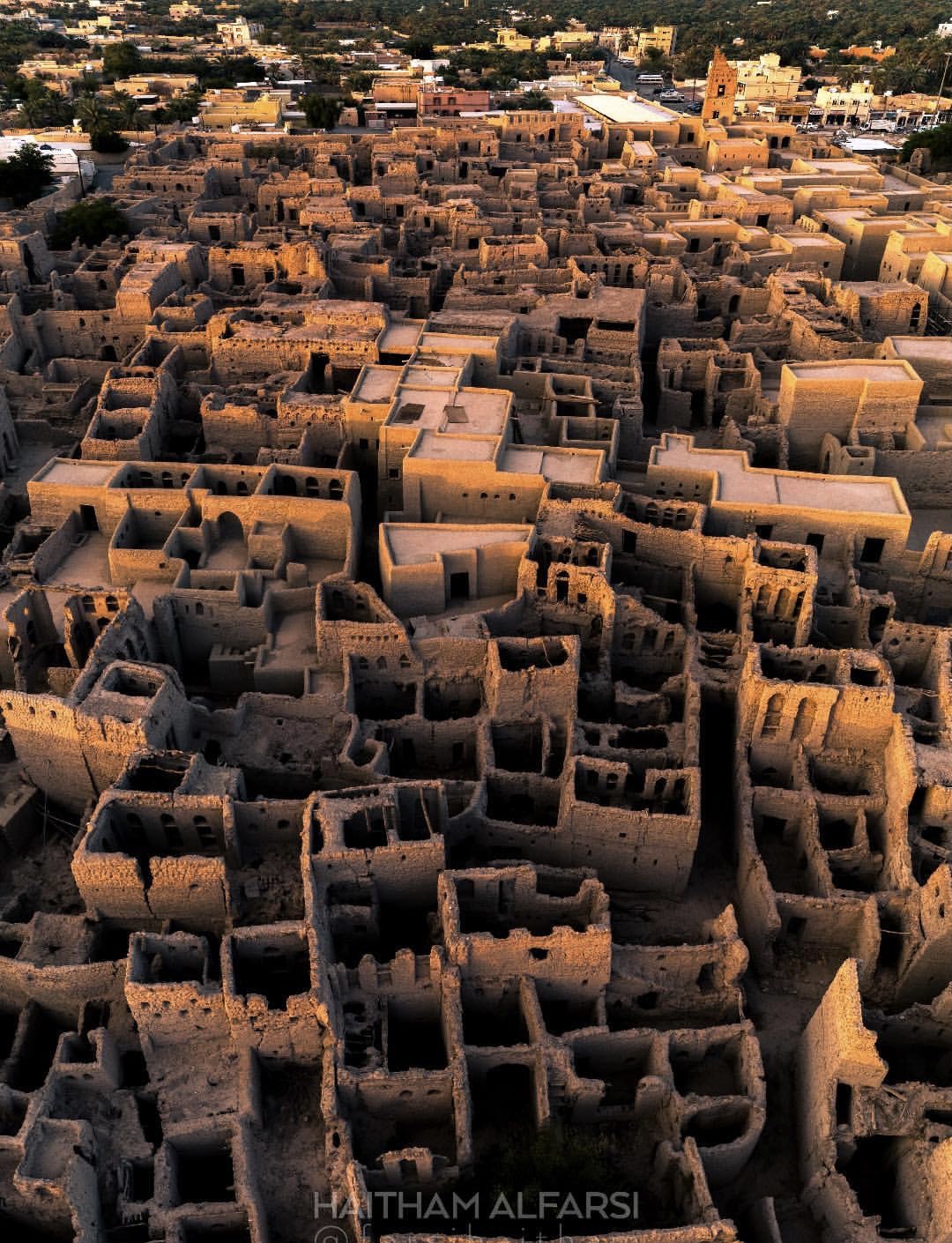 There are 376 houses and nearly 250 wells in Al Hara village, and they still preserve their Omani architectural character, despite the passage of more than nine centuries since their construction by Omani hands.

Harat Al-Bilad (Al Bilad Village) is located in the center of the state of Manah, with its architectural character that includes a model of ancient Omani villages and quarters.

On the northern side of the neighborhood, there is Al-Jas tower, which is considered the highest peak seen by the one coming to the state of Manah from the east or south.

In the neighborhood, the craftsmanship of the Omani engraver, who crafted from a piece of wood, is a masterpiece of geometric motifs and shapes that reflect the fine taste of the Omani carpenter.

The neighborhood was a testament to the persistence of parents and grandparents who struggled and defied difficulties to ensure that they and their generations lived in dignity with a stable life.

Its construction dates back to about the fifth century AH, when the scholar Sheikh Najad bin Ibrahim was considered one of the first to inhabit the neighborhood and established the “Hillat Al-Yamaniya” in the year 470 AH.