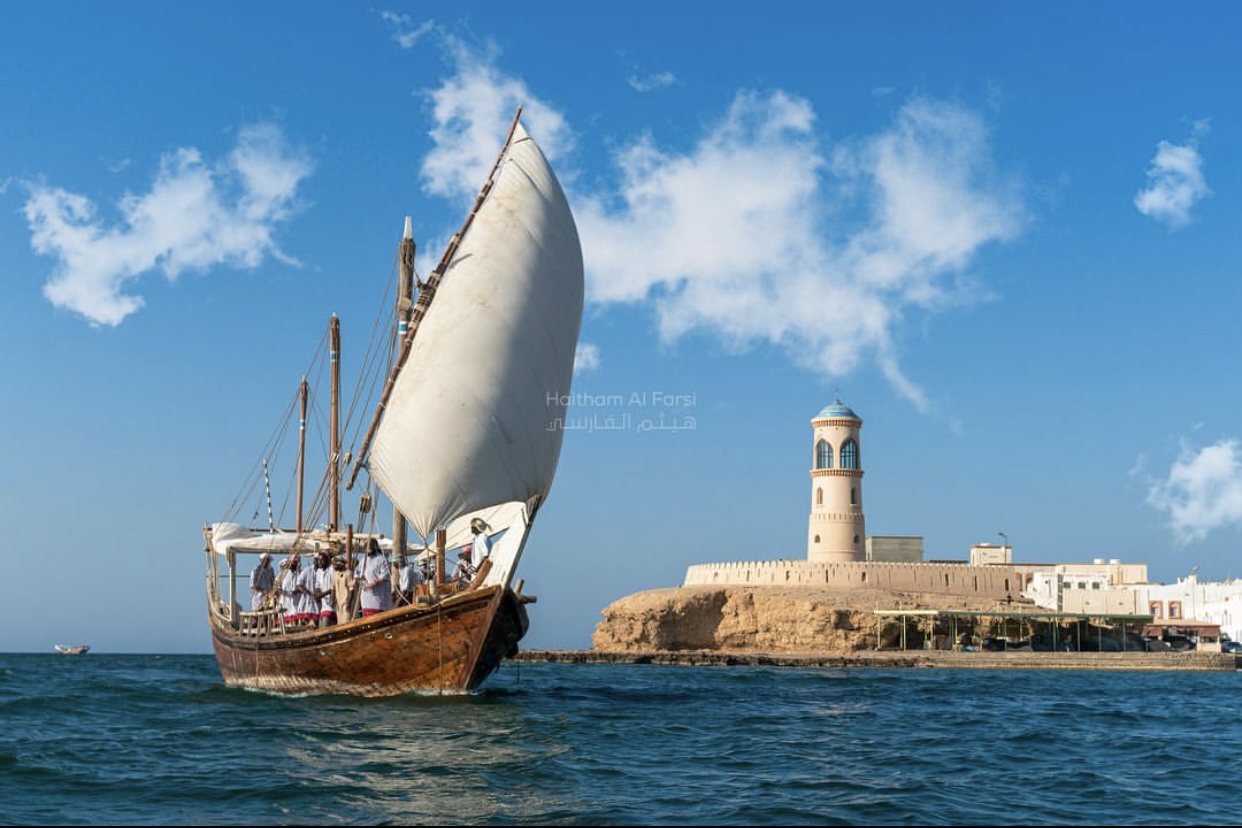 Sur is the capital city of Ash Sharqiyah South Governorate, and the former capital of Ash Sharqiyah Region in northeastern Oman, on the coast of the Gulf. It is located about 93 mi (150 km) southeast of the Omani capital Muscat. “Historically, the city is known for being an important destination point for sailors”. Today, the sea still plays an important part of life in Sur.

The beach of the Omani city of Sur, storing the history of sailing and trade to India and Africa; it is the beach through which the world discovered Indian spices. Since sailing from it began several thousand years ago, it has been famous for making wooden ships. Even today, the situation has not changed, as the beach itself still makes the same ships, with some modifications introduced by the convergence of civilizations and other peoples' skills.

Shipbuilding in Oman is not a modern industry; rather, it goes back thousands of years. Oman's boats were distinguished by using fibers instead of nails to connect the parts of the boat together, and the sail of the boat extended from the front to the end, unlike the wide square sail, and the two ends of the boat were similar in shape.

Shipbuilding In the past, Omanis were not satisfied with enjoying the goods of the sea surrounding them in many ways and making small boats, but they also took long cruises. For which they built huge ships; these ships needed certain varieties of durable hardwood, such as (teak, feni, and fancy). That was not available in Oman; But due to the good relationship of Oman's merchants and sailors with the people of India, they were able to obtain the different types of wood needed for the manufacture of their large ships, and given the difficulty of going to India to bring wood, then start making ships; Some merchants would choose to go to where the wood is available in India, and build ships there, then return to their coasts, and start their cruises at sea.

The shipbuilding industry in the Sultanate of Oman will continue to our present time. And this industry has become well known at the level of the Arab world, especially in the Arab Gulf region. The regions of Sur, Muttrah, Sohar, Al Batinah, Dhofar, and Musandam are the most important basins for shipbuilding in the Sultanate. The Sur region of eastern Oman is the most famous Omani shipyard, which is about three hundred and fifty kilometers away from the capital, Muscat, and has many famous shipbuilding factories. Its children have inherited the love of this profession from their grandparents and their parents.

About the construction method of the builder of the ship: He does not implement a ready-made engineering method, but rather follows his technical intuition in it, using his manufacturing skills; Thus, the people of Oman are distinguished by high craftsmanship in shipbuilding, not only including manufacturing. Rather, it is preparing the immediate design of the ship at the same time that it is being built; Drawing and building take place at the same time.

The makers of Suri ships (in relation to Sur) decorate their boats with engraved figures; Of crescents and roses, besides writing aphorisms and wisdom, and the manufacture of large ships required a year of length, while the small fishing boats required; Only about three months, and the residents fired at these boats; Many names are derived from the Omani dialect; Such as Al-Kanjah, Al-Sanbuk, Abu Booz, Al-Houri, and many other names.