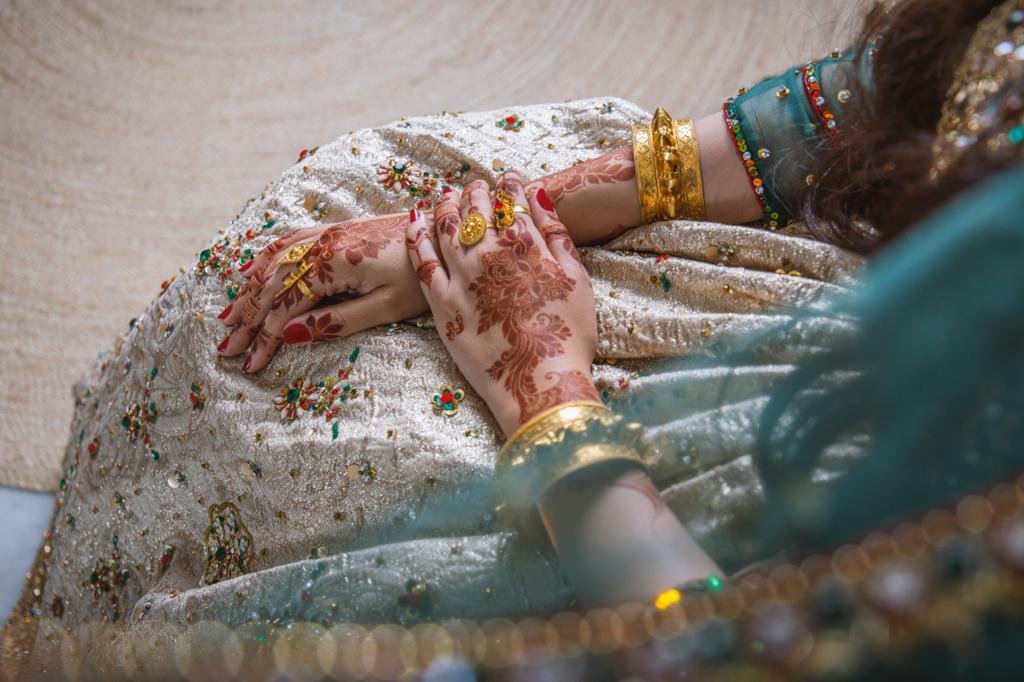 It is the art of painting on the body with henna, and it is considered one of the customs and traditions inherited in the past, dates back to India. Henna is made from its green leaves after drying it in the sun, grinding it into a fine powder, and mixing it with natural ingredients that increase its beauty. Henna is mostly used in celebrations and weddings, it was known since ancient times among the pharaohs, and they used it in beautifying hands, coloring hair, treating wounds and making perfumes. It is a known as a plant in the southwest part of Asia, and it needs a hot environment in order to grow, so its presence increases in tropical regions in Africa, and in general, Sudan and India are among the most important countries producing them.

Henna art originated in the Arab countries and gained popularity in Asia, especially in India and Pakistan, and often combines Indian and Arab styles, which led to the emergence of different patterns. The Arabic henna art contains unique flowers and floral designs are repeated in a geometric pattern that covers the entire hand and foot, as it is created with dark brown henna, and its borders are made of black henna, and in thin and elegant lines.

The benefits of henna are numerous, as many companies compete currently in the preparation of henna powder to suit the cosmetic purposes that have increased the desire of women in particular to use it, but despite the increase in its use for the aesthetic aspect, it is also used for its health benefits too.