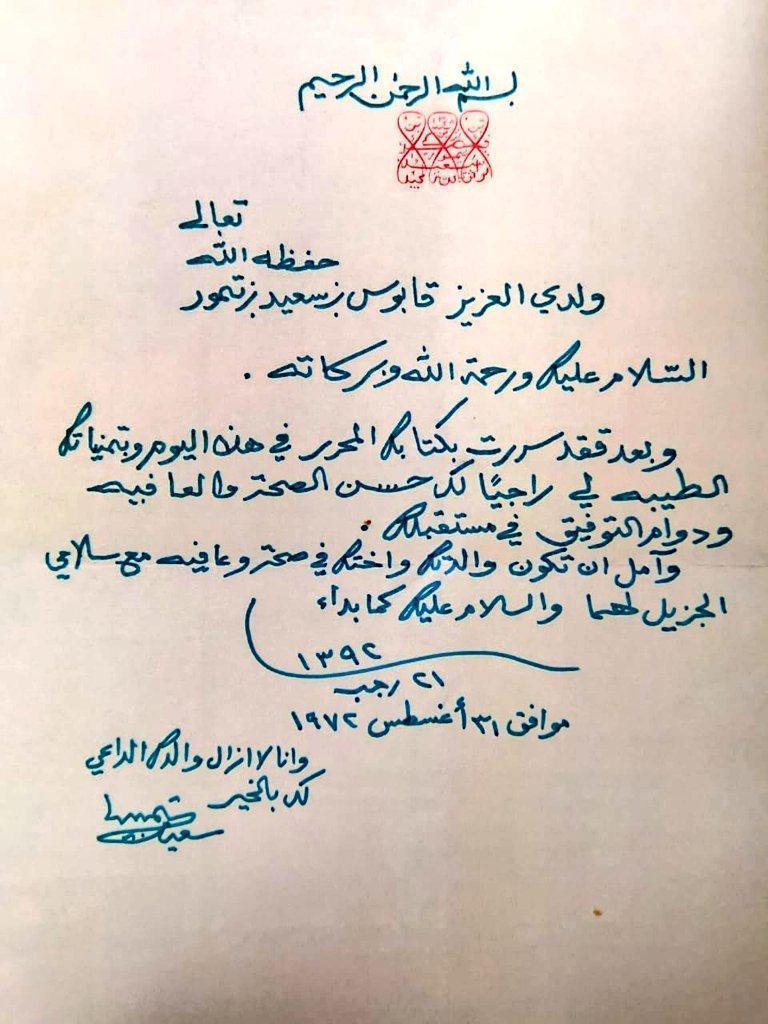 An emotional letter that is published for the first time from the Sultan Said bin Taymour, less than two months before his death, to his son the late Sultan Qaboos, expressing his continued success and conveying his regards to his mother and sister. May God have mercy on them all.

From (Oman since ancient times) book that was launched, the office of His Majesty the Sultan’s Adviser for Economic Planning Affairs previously.