Mariam and The Suri Mona Lisa

Why art? What role does it serve to humanity? Does it bring people together or sets them apart?

The answers can differ from one person to another; it can also vary from one art style to another. In the end, art can be a subjective matter. But what defines it the most is the fact that it’s a visual message that can be seen and felt by everyone, no matter how different is the visual and emotional experience by the viewer.

Some cultures have been introduced globally through its arts, one could hardly understand aspects of the past civilizations such as the Sumerians, the Pharaohs, the ancient Greek and Rome if it wasn’t for their arts that documented a crucial information about the lives of these civilizations. Another example of a globally known artwork is the infamous Mona Lisa, one can hardly find anyone who cannot recognize this masterpiece. 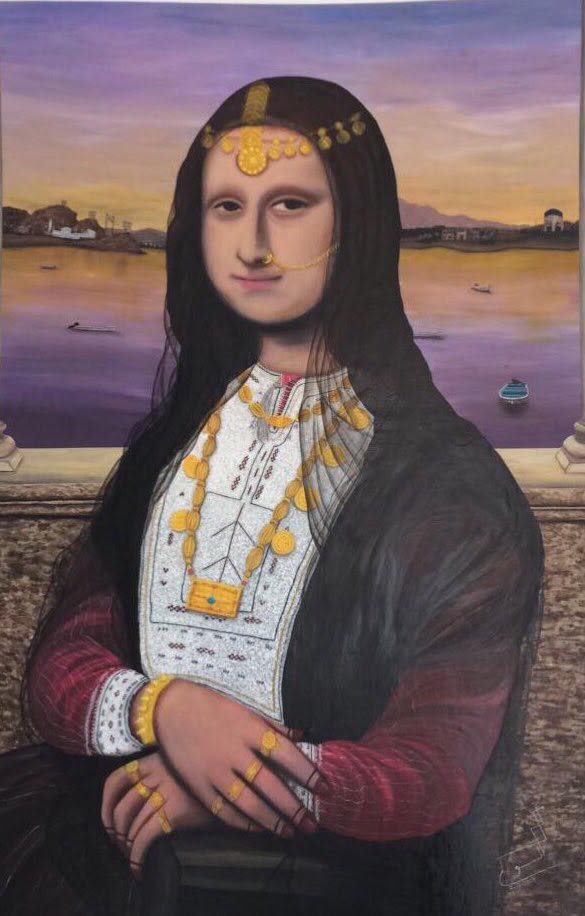 Just like the Italian Mona Lisa that’s located in Paris, there’s one that’s in Oman that represents the city that was named by the ancient Phoenicians. Who’s the Suri Monalisa of Oman?

A (150*100cm) mixed media painting that’s created by Mariam Al Tawakuli who is a computer engineering graduate, known for her creativity and beautiful depictions of her hometown Sur.

The painting depicts the traditional Suri outfit with its traditional jewellery, henna that’s on the tips of the Mona Lisa, whose seated at the coast of the Ayjah town with the background view of fishing boats and the famous minaret there. This painting was exhibited for the first time in 2017

Maryam is also creating miniatures with seashells as a mirror to reflect the beauty of the coasts Sur with its dhows pure shores and fishing boats.

She also has a number of participations in 2017 Phoenicians art exhibition 2017, the Arabian week of the deaf, “Go Green” exhibition in the college of tourism, the day of tourism 2017 and “Bo”od” exhibition. 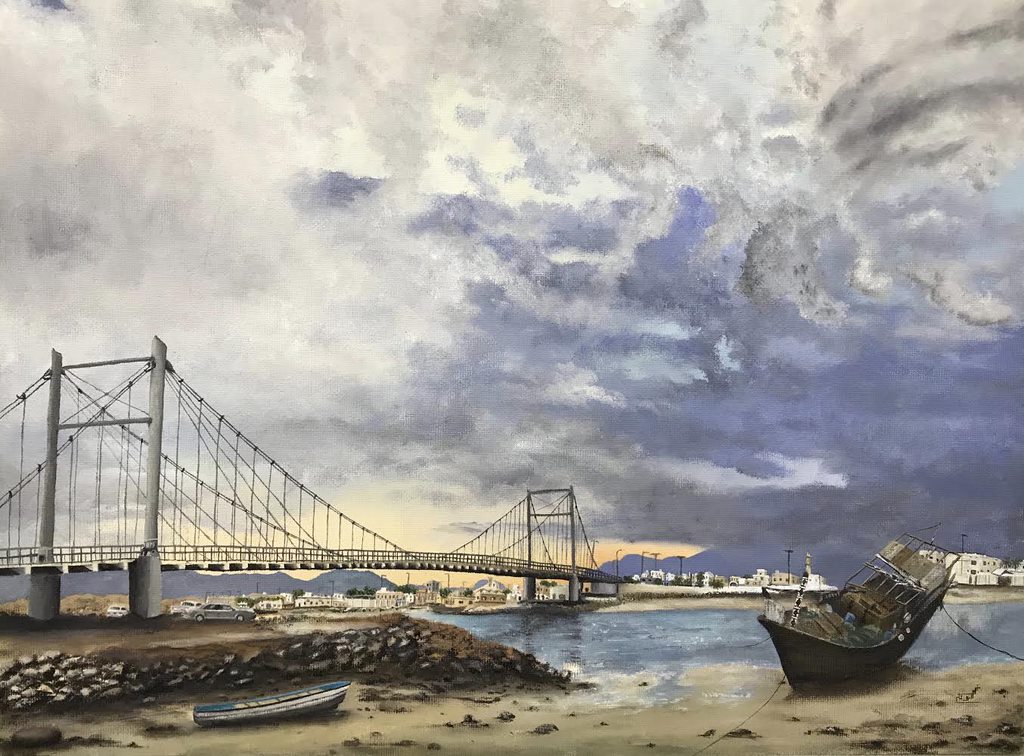 “ Art is a simple message with deep meaning, that brings joy and connects cultures to people around the world that familiarizes different world heritage, Oman is rich with its history and culture and, my message to the world is to introduce my country across the borders. That’s how I was inspired by the Monalisa and recreated one as a colourful reflection of my culture”

For more.. You can visit her social media account Link
Email