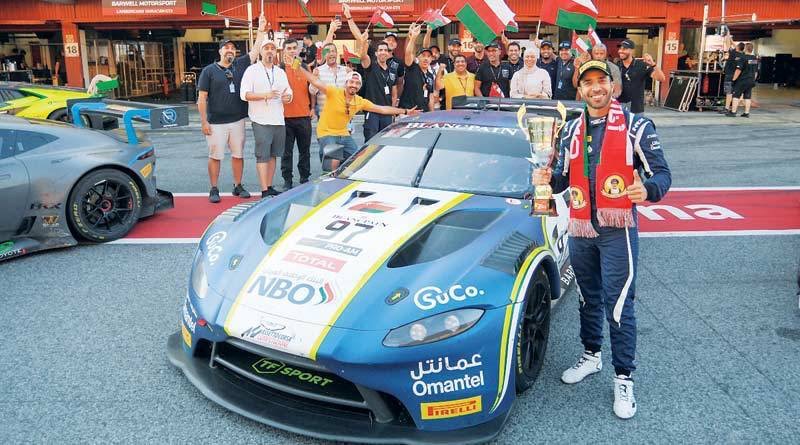 Oman's Racing team driver Ahmad Al Harthy made a history at the Circuit de Barcelona in Spain on Sunday after wrapping-up his second Pro-Am class championship crown in the world-renowned Blancpain Endurance Cup.

Marking the perfect end to an absolutely sensational 2019 season for the Muscat sportsman and team-mates Charlie Eastwood and Salih Yoluc, the trio steered the No.97 Aston Martin Vantage to a hard-earned second place in Pro-Am during Sunday’s three-hour race to win the title by 34 points.

Leading the Pro-Am standings by 16 points going into the final event of the campaign, success was far from guaranteed in an encounter which was completely unpredictable and packed with incident throughout after a lengthy Safety Car period early on which lasted around 50 minutes.

At one stage the championship looked to be slipping from Oman Racing’s grasp, but superb stints from Al Harthy and Eastwood in hours two and three enabled the TF Sport-engineered entry to take a memorable and history-making second crown in GT3 racing’s biggest and best championship.

Of course, second position in Barcelona also meant Al Harthy and his team-mates conclude the year with an unbroken run of five podiums from five endurance races.