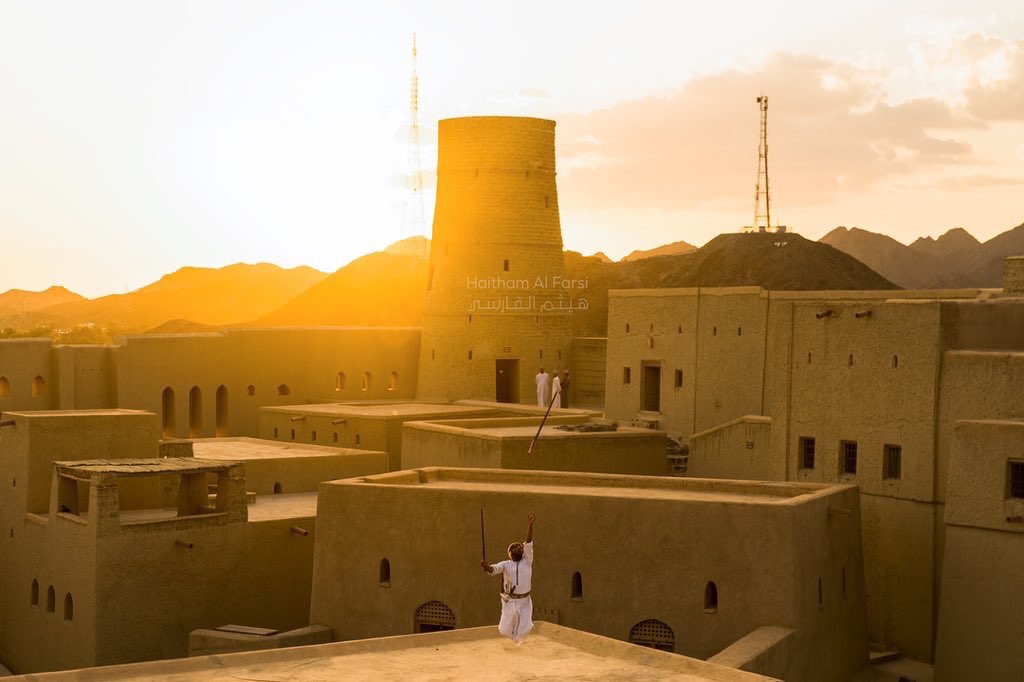 Castles, forts, towers, fences and ancient constructions played an essential role in the stability and the security of both the society and the country during the past centuries. They were considered as a meeting point for political, social and religious interaction. In addition to being the centers of scientific discussions and managing the social activities. Some of them were similar to small cities, where they included social necessities needed by people. Castles and forts stand as a testament to Omani architectural creativity. In this context it’s worth mentioning Bahla Fort as an example. Bahla Castle, in the central part of Dakhlia. It is one of the largest forts in Oman, built on a high hill in the third millennium BC. It is linked to number of historical events related to the ancient civilizations of Persia and Mesopotamia as it was used in defensive activities, and to lead by the rulers of Oman in the twelfth century.

Bahla fort was added to the world heritage list. It is recognized, as “The oasis of Bahla” owes its prosperity to the Bani Nebhan, the dominant tribe in the area from the 12th to the end of the 15th century. The ruins of the immense fort, with its walls and towers of unbaked brick and its stone foundations, is a remarkable example of this type of fortification and attests to the power of the Banu Nebhan” In fact the fort consists of Kasbah castle, which is the oldest part, located in the south-east corner and takes the form of a rectangular. There is the mountain house too, which extends to the southern part. In addition to the modern house, which extends between the Kasbah and the mountain house. The modern house was built in the 19th century. This fort is a huge cultural symbol that includes traditional markets, ancient lanes and ancient mosques. Consequently, it is an important destination for researchers and visitors. Omanis preserve these fortresses, which are up to five hundred through restoring them, in order to receive visitors and prepare ways for archaeologists to uncover more of these important historical sites. The castles, forts and heritage buildings are one of the most important tourist concerns, whether the foreign tourists, or the local visitors and residents.

These historical monuments are reflecting a part of the Omani civilization through its archaeological evidence, which is a large part of the tourist interest. Based on that, Ministry of Tourism in cooperation with the Ministry of Heritage and Culture is keen to facilitate the investment requirements and the development plans in commensurate with its importance as a heritage and tourist destination too. According to the statistics recorded by the Ministry of Tourism, the number of visitors to tourist sites in the Sultanate for 2017 reached (319,136) visitors, mostly from outside the Sultanate. Hopefully has increased now, as two main factors should be taken into consideration. First, a continued improvement on the archaeological sites and provision of the guides and related services. Secondly, focusing on the promotion campaigns and advertising on the historical importance of heritage and archaeological sites in the Sultanate.