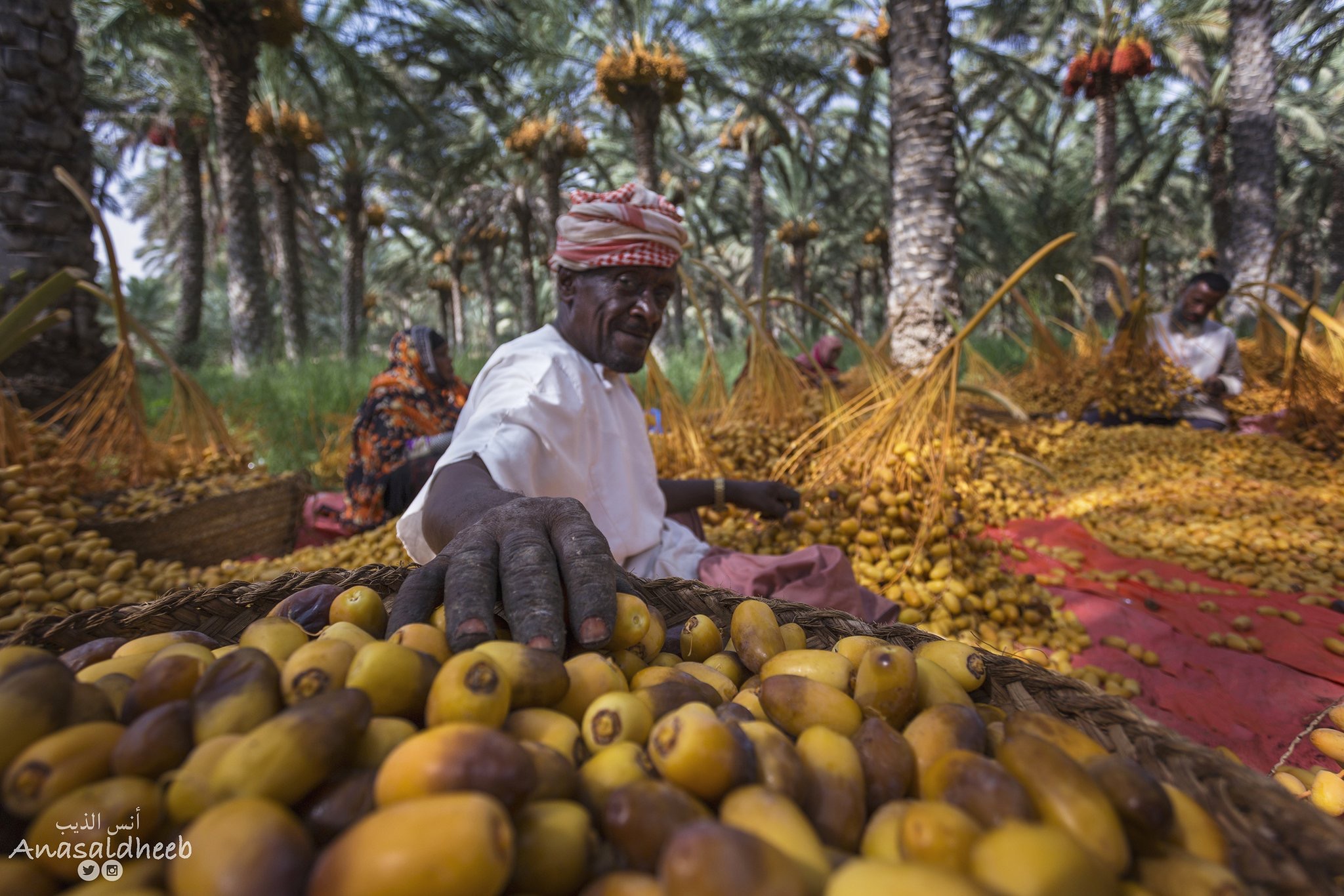 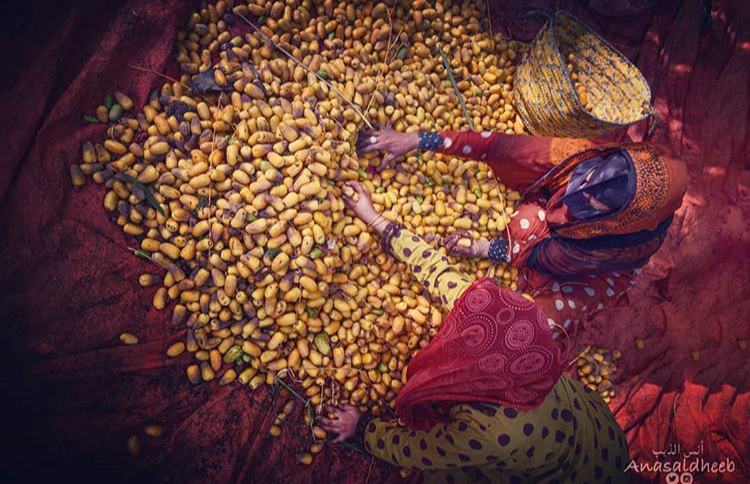 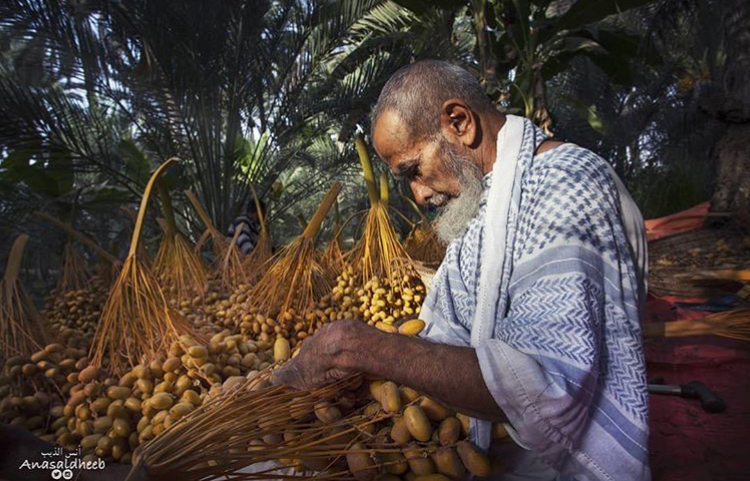 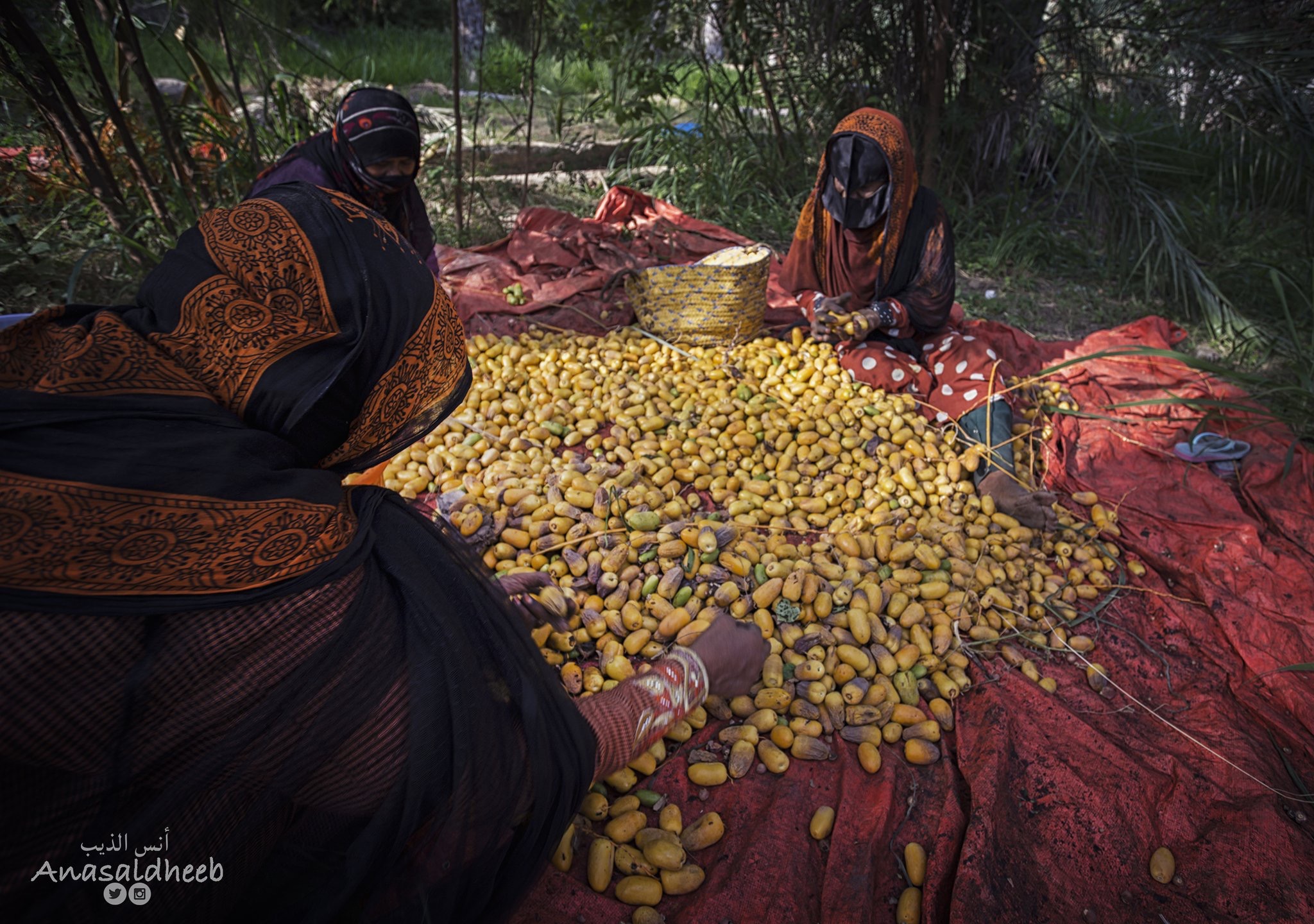 Seasonal traditions are wide spread among different cultures, and communities around the world.

Some of these traditions are related to particular crops, and is considered part of the harvesting process. Oman is a country with several such traditions, a famous seasonal traditions is Tabseel; the tradition of boiling Bisr, yellow dates.

Tabseel got it’s name from the type of the palm tree the dates are harvested from; Mabsaly.

The first stage of dates fruit –when it is green- is called Khalal.

The second stage is called Bisr –when the fruit is yellow.

During this stage the Tabseel process starts.

The most well-known town for it, is Bidiyah in Al Sharqiyah Region.

The first stage in Tabseel process is harvesting Bisr, separating it from the bunches, and then cleaning it from dust. This stage starts by dawn.

The second stage is moving the dates to the cooking structures, or what are called locally: Trukbas.

Trukba is a concrete structure with big copper boiling cauldrons. Normally, each

Trukba consists of two boiling cauldrons. They are filled with water and wood fire is used for the boiling process.

Bisr is then put into these cauldrons and being well boiled till it reaches the required state , that is mostly determined by the elders due to their experience. When it reaches this state, it is called Faghour.

The third stage is moving faghour to long wooden mats; Mustaahs. The Faghour is spread along Mustahs and is left for days to sun-dry.

The final stage is collecting the dry dates and cleaning them. Then they are packed in bags or boxes to be distributed, sold locally or exported.

Tabseel is known for its effect in strengthen the relation between the neighbors as it considered a family and village tradition.