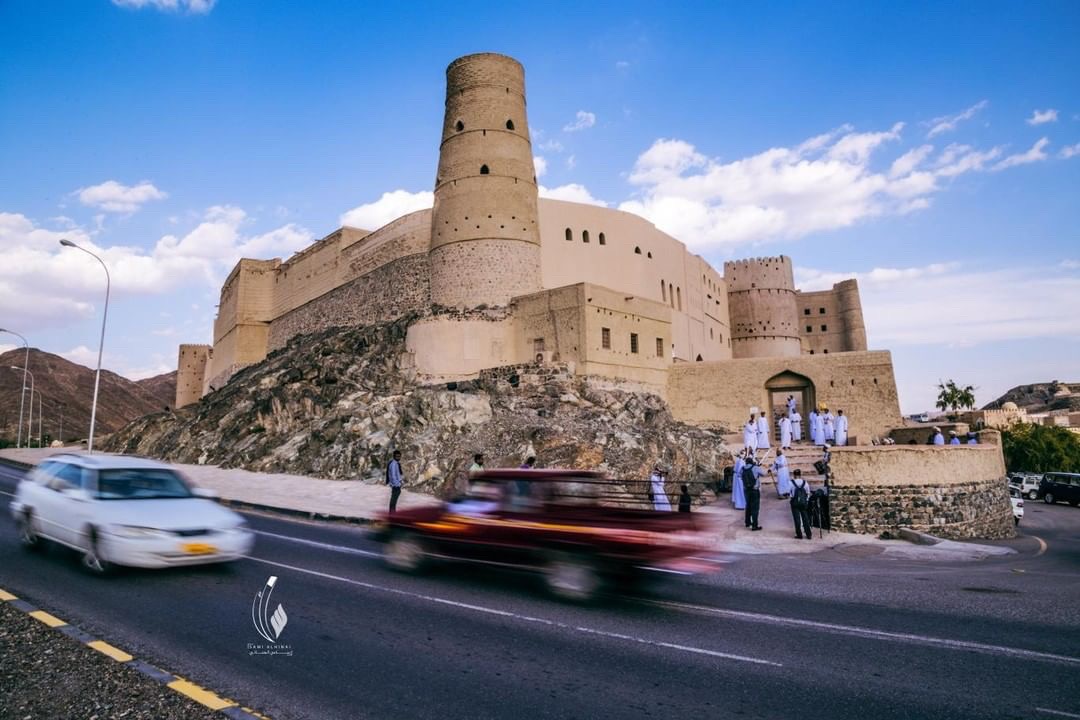 Since the beginning of time, Sultanate of Oman has had a rich culture and a reputation of high destination among famous international merchants all around the world due to its famous geographical strategic location. During that time, Sultanate of Oman excerpted many cultural and structural ideas from the neighbouring countries. Therefore, it made an amazing impact in Oman's structural and unique culture.

There are more than 51 touristic forts and fortresses that are registered at Oman’s National Center For Statistics and Information 2018.

Forts were used for protection purposes against invaders and enemies in Oman; they did play an important part of our history, it also worked in spreading the society’s constancy and stability with help of Wali – the governor-.

Therefore, in every region in Oman there is a fort that dates back to at least 200 to 1000 years old. In addition, Oman's most popular forts are Nakhal fort, Nizwa fort and Jabrin fort.

It is located in Nakhal – Al Batinah region-. The year it was built is unknown but it is believed to be around 1500 years during the pre-Islamic time. The unique feature of Nakhal fort is the way it was built which is different from the other forts in Oman. It is the oldest record of renovation was dated back to the 9th century, during the rule of Imam Salt bin Malik al Kharusi.

In the heart of A’dakhiliya region, Nizwa fort stands tall and prominent; therefore, it is also known as one of the oldest forts in Oman. However, Nizwa fort has the biggest tower in Oman, comparing to the other ancient forts and castles. The fort gained its uniqueness due to its cylindrical shape and its defence mechanism.

The year it was built is unclear, experts believe that it was built in the seventeenth century by Imam Sultan bin Saif Al Y'arabi -Who expelled the Portuguese from the Omani lands-, the Imam spent merely twelve years building the fort.

During 1670 in A’dakhiliya region, a castle was built and named Jabrin castle by Imam BilArab bin Sultan Al Y’arabi, he made sure to supervise the castle’s structure and design. This castle is five stories, which contained fifty-five rooms, multiple study rooms, Imam’s grave –on the left side of the castle’s main entrance- and a falaj running through the castle.

What made this castle so spectacular the carvings of Islamic calligraphy on the ceiling in one of the rooms in the castle, it is called “the sun and the moon room”. The purpose of this room is for the Imam’s important guests. Therefore, the room has seventeen windows, seven windows located near the ceiling and the other seven located at the bottom of the room to keep the room’s atmosphere cool throughout the year. The Imam also considered another room to meet people he does not trust that has an underground defence system where the soldiers can hide there for his protection.