From football to Bodybuilding 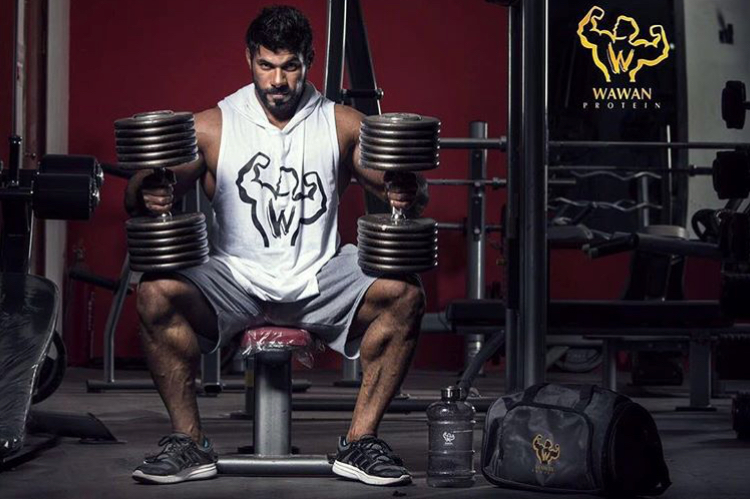 Success has always been associated with challenges, obstacles and setbacks. However, nothing comes without a rewarding triumph, that is a deep record registered in the path of one’s lifetime.

A 38 years old Oman's bodybuilder champion Issa Al Hasni talks about his journey in the game of bodybuilding from the age of 16, when he used to train at home, his old coach has inspired and motivated him to join the world of bodybuilding in 1998. Since 1998 up to this very moment, Issa is striving to improve himself in every aspect of his body building passion, aiming to meet his ambitions for grander achievements that includes raising the Omani flag high in the podium.

Issa’s first steps in the world of sports was in the football field, it was his early passion that evolved when he saw some posters of the well known Arnold Schwarzenegger and Sylvester Stallone. He was inspired, and that drove him to the question that never stopped to stir in his mind ;

"Why shouldn’t I be like them?” At that exact time, Issa went to his first coach, Fahad Al Yousfi to ask him for a professional guidance. Fahad’s main question was "Where do you see yourself better at, football or bodybuilding"? " a bodybuilder", said the young enthusiast without a moment of hesitation.

In 2004, he joined the first Omani bodybuilding competition, that was held in Muscat under the organization of Hummer Gym, Issa has earned the third place.

In the time following the event, he attained a second place in every competition he joined from 2005 up to 2008.

In 2009, Issa won his first gold medal in Oman and overall champion. 2006 was his first competition across the boarder that took place in Alain, UAE. One year later, he joined the Arab Bodybuilding Championship, which was organized in Jordan, he received a third place bronze medal.

Issa's dream was projected to reality, the moment he finally joined Arnold Classic Championship in Australia 2016 , and managed to earn a second place.

"Bodybuilding has always been associated with sacrifices, you need to maintain sustainability and manage control over proper nutrition, supplements, enough sleep and workout on a regular basis." said the 38 year old champion. Like any successful person, Issa has been through numerous challenges, however, being driven by stamina and motivation he managed to turn challenged to opportunities, even during his toughest times. "

"During my preparation for Arnold classic in Australia, I had to be far from my family and home just to prepare for this competition".

He ended by saying, "People should understand the game before taking a serious step further. Being healthy and smart, will never fail to lead you towards a healthy and a successful lifestyle."