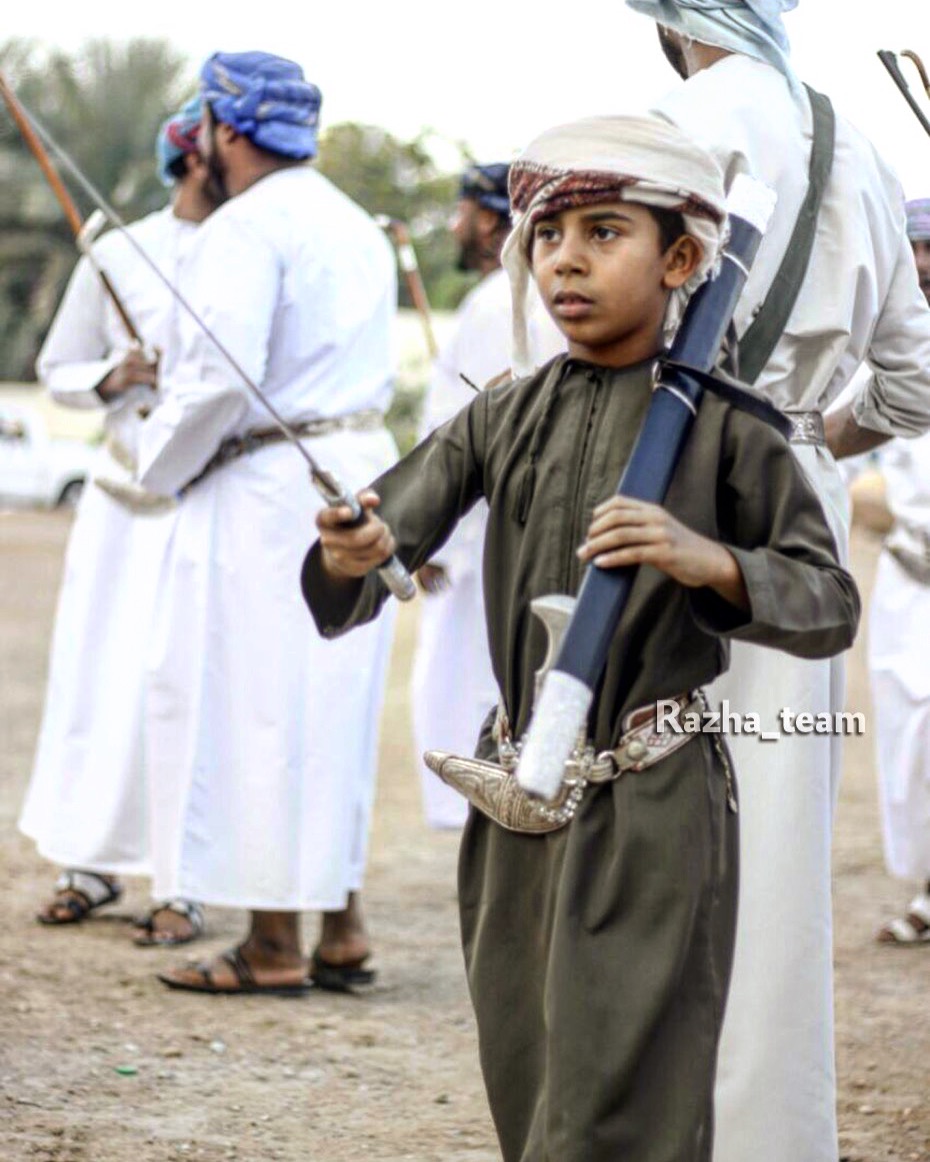 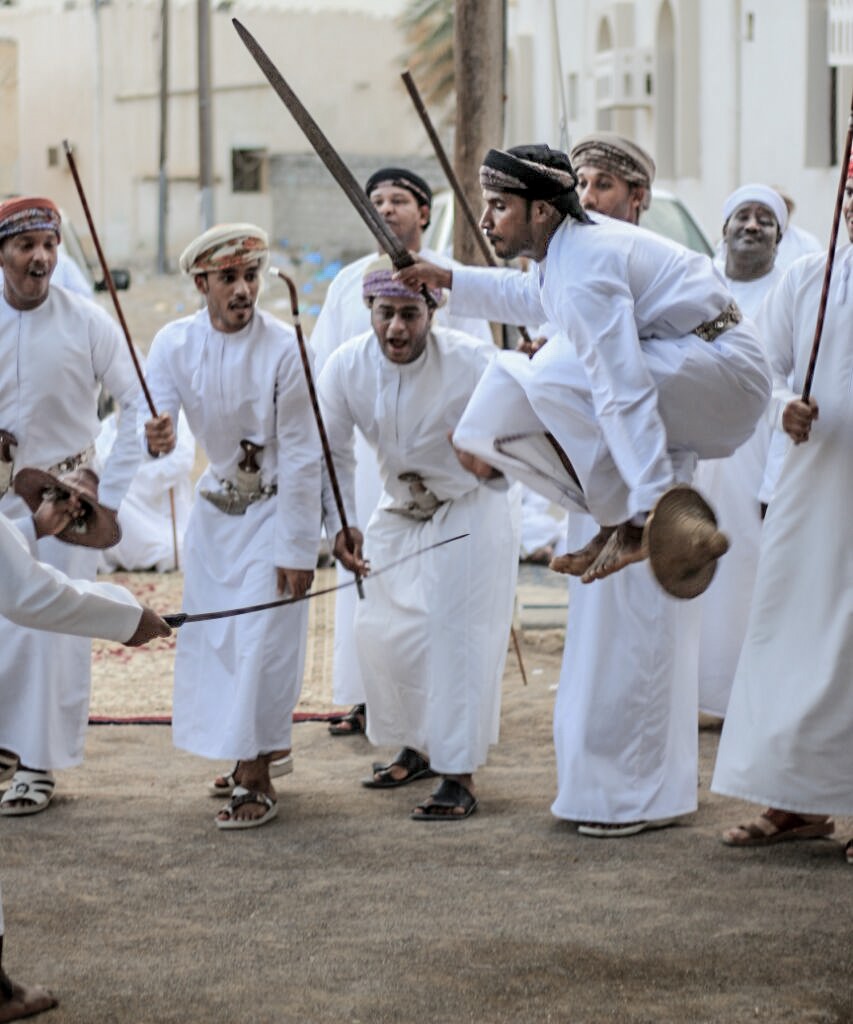 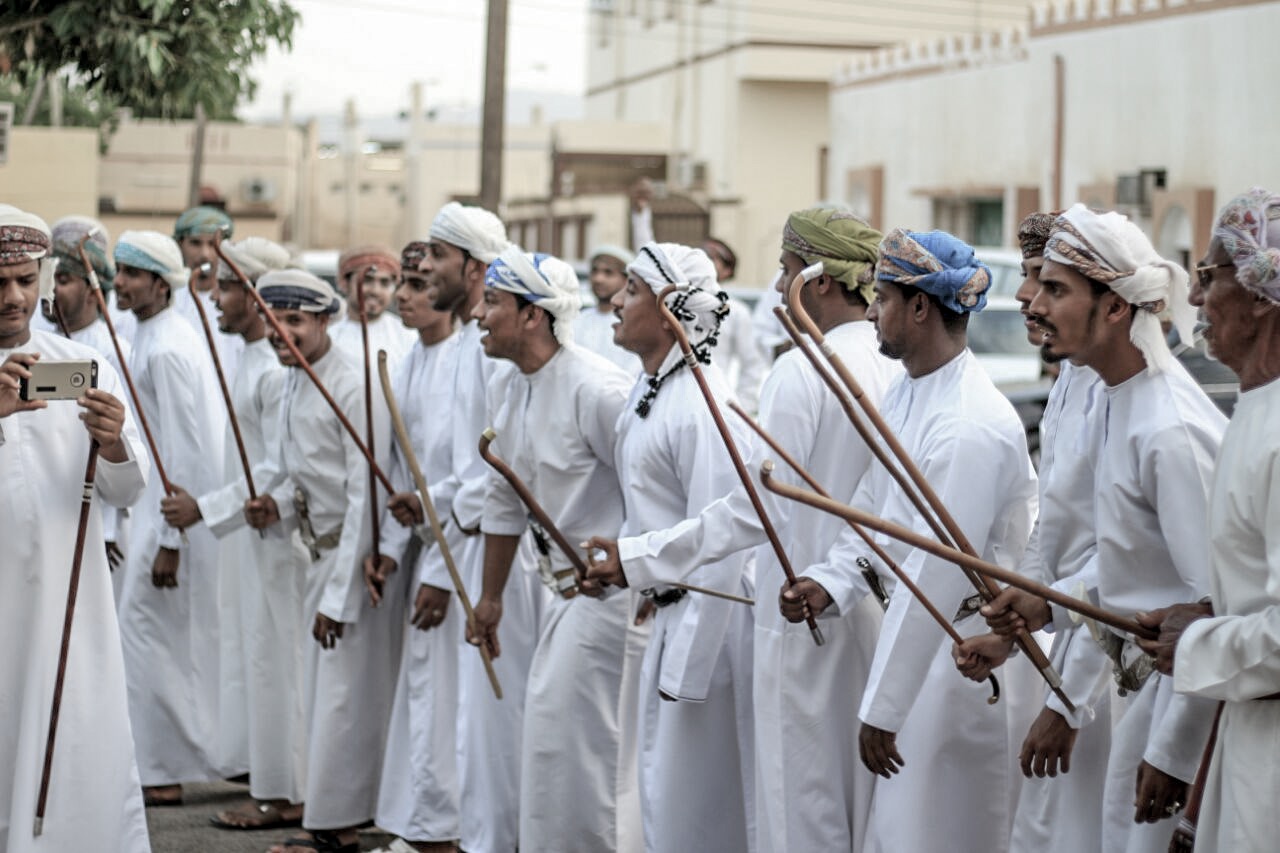 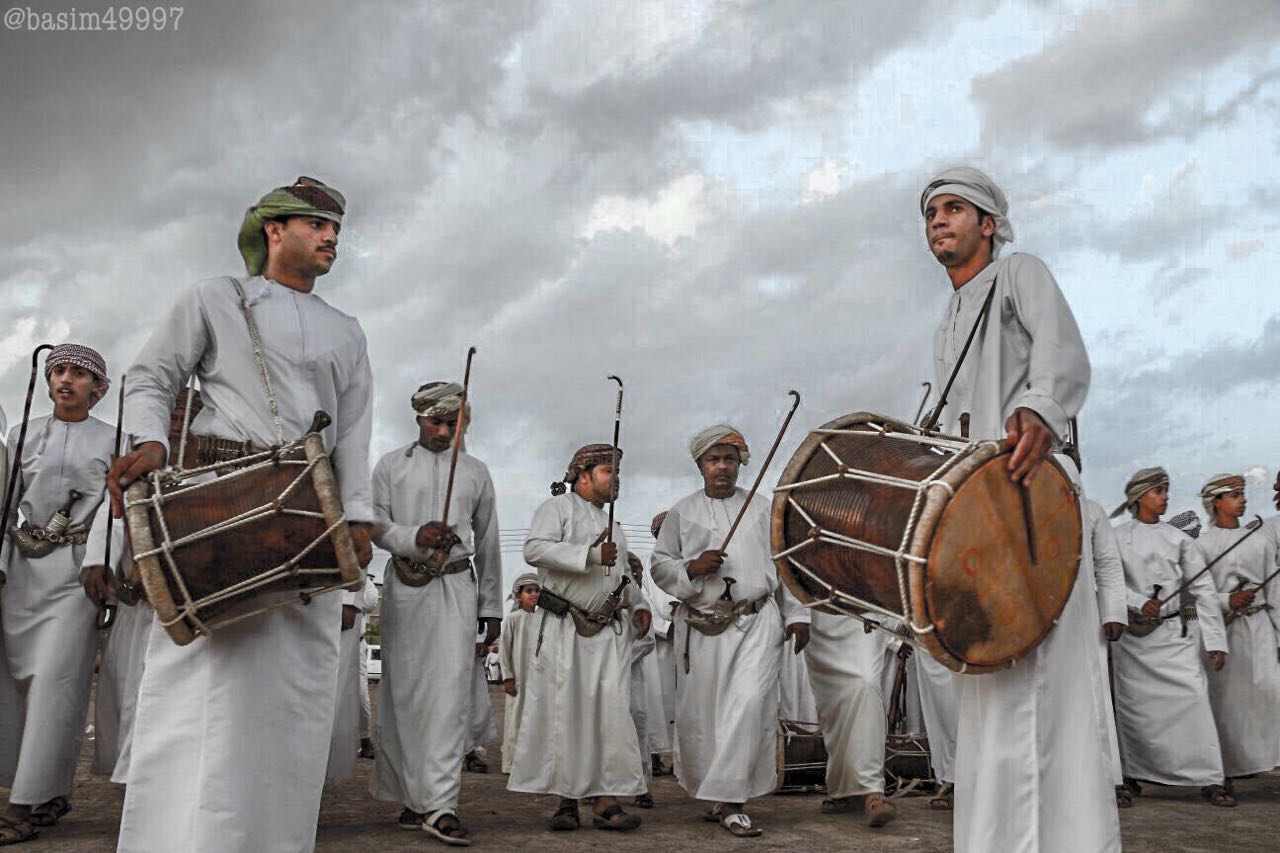 A tradition is defined as a belief or behavior passed down within a group or society with symbolic meaning or special significance with origins in the past or the transmission of customs or beliefs from generation to generation.

Every Society has its own traditions that have been inherited from their ancestors. These traditions differ in their meaning and many of them are seasonal or related to certain events. One of the most famous and oldest traditions all across Oman is known as Raz’ha.

Raz’ha is a men-only traditional sword dance, consists of two teams (rows); the host and the guest. They stand in parallel rows opposing each other, leaving space between them for two fencers, one from each team.

To know more about it, we interviewed Abdulsalam Al Mashaikhy, one of the well-known Omani in the field of traditions.

“Raz’ha is a tradition that takes place in weddings, national events and eids” says Abdulsalam.

“Raz’ha is accompanied with other traditions sometimes. One of these traditions is Hambal which is a welcoming tradition hymn done by the host row to welcome the guests. Then the guests reply with another hymn.”

After the welcoming hymns are completed, a poetic debate starts between the two teams. One of main rules is that these poems should be impulsive.

“Raz’ha has its fans and audience. Many people attend, males and females. Tourists are also welcome to attend and there is a place for all of them to watch, record or take photos of the event.”

This tradition can be seen all across Oman. Some villages have a little different style to do Raz’ha. The only place that has a different tradition is Dhofar. Instead of Raz’ha they have Habbot.