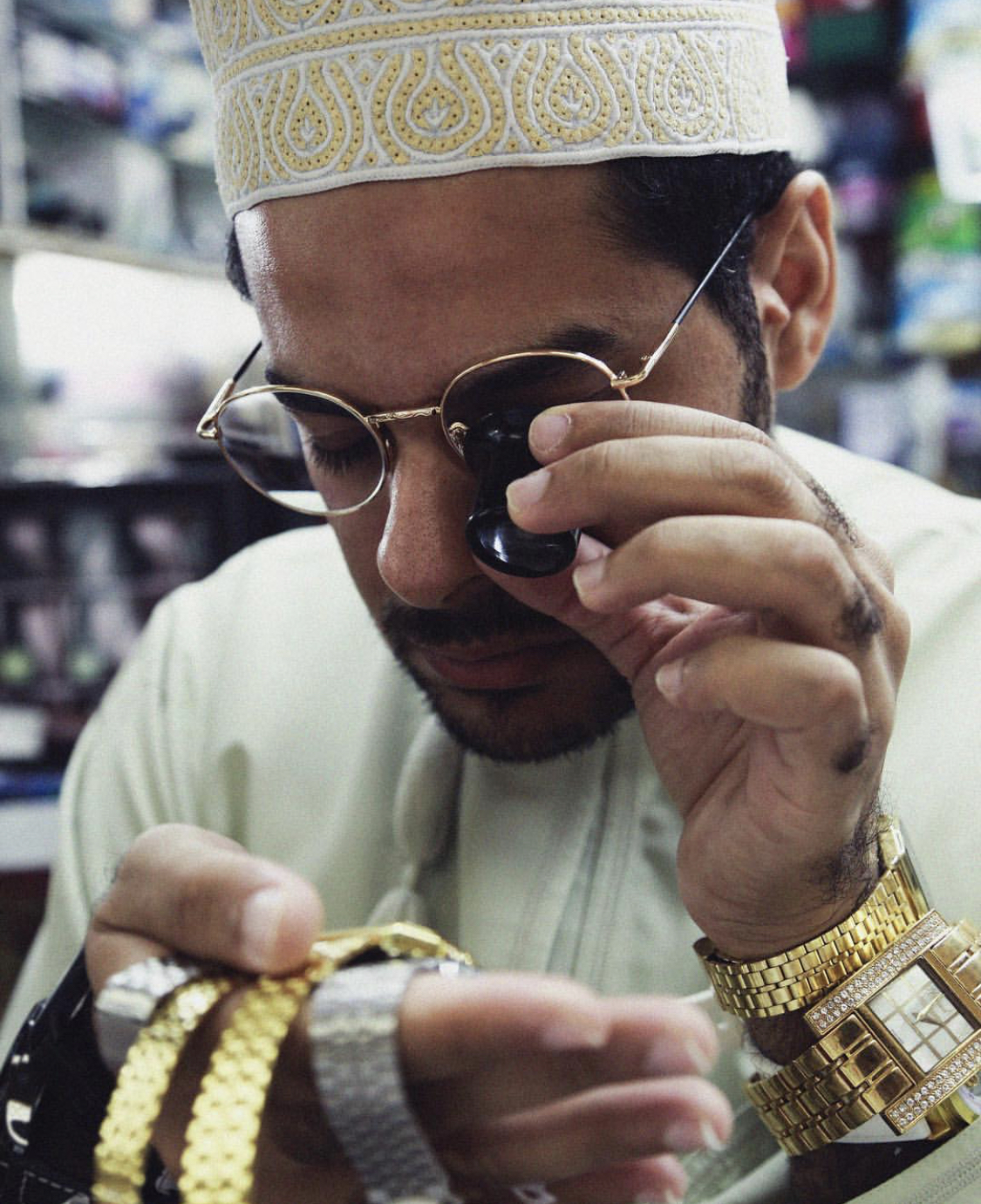 There are times when expressing your thoughts out loud becomes a true predicament, matched in intensity only by the need to release and free them from the inside of your head and onto a tangible medium.

This is the struggle of most artists, and Ali Al Sharji, an Omani conceptual artist born in 1993 into a family of six in Muscat, is no different.

Growing up, video games weren’t allowed in Al Sharji household because they weren’t seen as something that could contribute to one’s creativity or self-development. Therefore, Ali had to come up with other ways to entertain himself. He started drawing in his free time, and then moved his artistry into a written form, composing short stories, through which he could reflect on what he was thinking or feeling.

His artistic journey began at the early age of 12, when he turned his darkest and deepest thoughts into poems. He produced a number of poems that expressed his internal life at the time, but sharing his sometimes-sinister fantasies, thoughts, and feelings verbally at an age when he was riddled with shyness, proved to be agonizing.

During those early years, he wrote three death poems in which he details the day of his death down to the specifics of the scene around him as the events play out on that dreadful day. Each one gave a unique picture of the end he had envisioned. The type of poems that gives you the freaks and goosebumps.

Ali needed an art form through which he could stand tall and express himself without fear of being personally rejected or criticised. For Ali, conceptual photography gave to this matter a shoulder for comfort, offering his distinctive voice a place to quietly convey its messages through series of visually intriguing photographs. As he delved deeper into the art form, his desire to share his work exploded, creating a deep need in him to introduce his perspective to the rest of the world.

For Ali, concept photography represents a form of psychological healing through which the process of expressing emotions was eased, and the stress of mental isolation was relieved. But far from a mere art-therapy exercise, Ali’s art is captivating, speaking to his audience in a way that earned him recognition on the world stage.

Over the years since he discovered his medium of choice, he has won numerous awards including the You’re Not Alone competition held by HH Sayyida Basma Al Said; the prestigious LoudArt showcase in 2015/2016 in Bahrain, Oman, and Saudi Arabia, organised by Raneen Al Bukhari and Najla Al Suhaimi; and the honour of being one of the Insta8 speakers at Bait Al Zubair.

Ali’s youthful desire to express his internal self has evolved, and now, a major source of external inspiration for his work is music. He feels this auditory form is miraculously effective when it comes to connecting with people en-mass, and to him personally. Each one of his pieces is connected to a particular song.

Similarly, he feels that concept photography has the potential to touch many hearts, with no need for translation or verbal explanation, a theory he can test this year when he heads to Rome, one of the great capitals of art, to display his work at the Una Vetrina exhibition, from July 12th to 19th.

What makes Ali’s work inimitable is that his photography is a raw, uncensored representation of his mind. His creations are influenced by his thoughts and feelings, often in reaction to social issues, current situations, or his surroundings at any given time. His messages are rooted in his Middle Eastern heritage, but contain universal messages.

One of his artworks titled ‘And She Was Seeking Immortality’ of how we try to blind ourselves with materialistic means in life and tend to neglect the smaller things that actually matter. The photograph portrays a glamorous Arab woman holding a Suntop (a popular 100bz juice brand), which has an inscription that says ‘the water of life’ written on it, reflecting the idea that it is the simple, overlooked things that often matter the most.

He recently exhibited his art pieces in Bait Muzna Gallery on the 1rst of Febuary 2019, and before that he was interviewed and featured on CNN tv inside the Middle east on tribe magazine earlier last year. Not to mention, his winning journey of events and exhibitions in other galleries such as stall gallery in Madinat Sultan Qaboos.

As a member of his audience, I for one can say I’m glad he does. As society here in Oman begins leaning towards accepting new ideas and praising individuality, Ali’s art will no doubt resonate deeply with others here in his hometown and beyond.