Shihab Alhabsi wins the third round 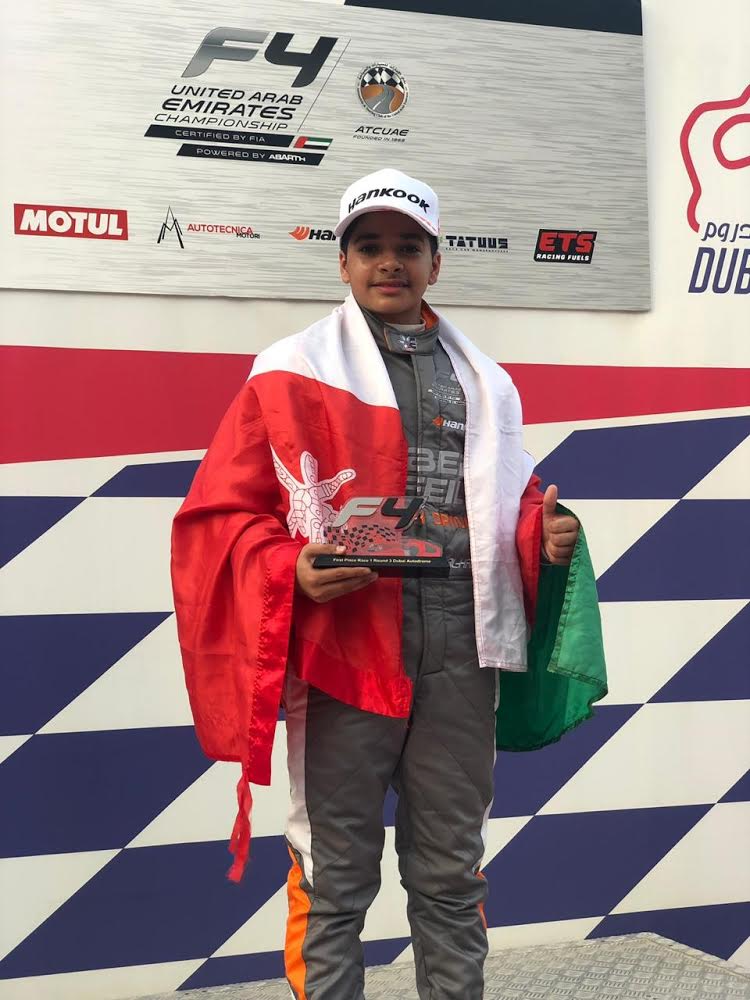 The young Shihab Alhabsi won the third round in the UAE F4 Championship in Abu Dhabi. He was up to the challenge against some experienced drivers and managed to overcome the setbacks from the last race in the second round to secure the first place and raise the Omani flag high in the podium.

He never stop trying until he met his goal, which is to qualify to drive Formula 1.

“My target is to contribute to represent Oman in the international occasions and reach the podiums” He said post the race.