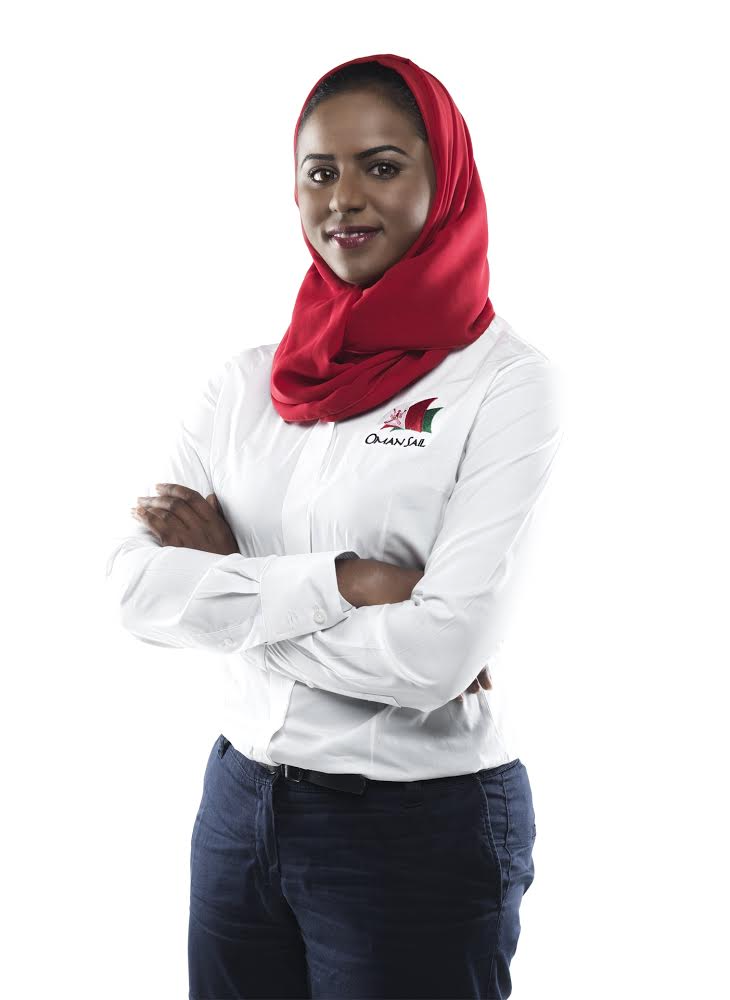 Raya Rasheed Alhabsi has been a sport enthusiast since she was young. At the age of 5, Raya learnt swimming with the support of her mother and brother. "Since I was a teenager, every summer for three years I used to attend the Girl Program in Sultan Qaboos complex, the sports I participated in include; basketball, volleyball, squash and swimming. After I received my degree, I had the chance to join Oman Sail, and I became strongly ambitious to learn sailing." Her ambitions led her to join the program in 2011, she began learning and eventually became apart of the women sailing race team. "I was very curious and ready to learn more, I found it fun and an interesting sport as many women were enrolled in the program which brought up the level of competition. The program offered a distinctive sport for women, as each day we learnt more and more."

Raya enjoys racing as she participated three times in Sailing Arabia, a tour against other nationalities as a professional sailor in 2013. "I had the chance to sail with highly professional sailors in Regatta cowes week in London, it was a challenging race however, our efforts payed back and we won second place. I became the First Arab nominated women in the top five sailor women in the world."

Raya also encourages and motivate Arab women and young girls to include sports as part of their lifestyle. "I take sports as a serious part of my lifestyle. Since I am very passionate about swimming, I became a swimming instructor, after working hours, I couch a group of women and I always support and motivate them to continue swimming and to include it in their routines." For her sports is not about competition, it's about having fun and taking part.