The Intangible Cultural Heritage in Oman 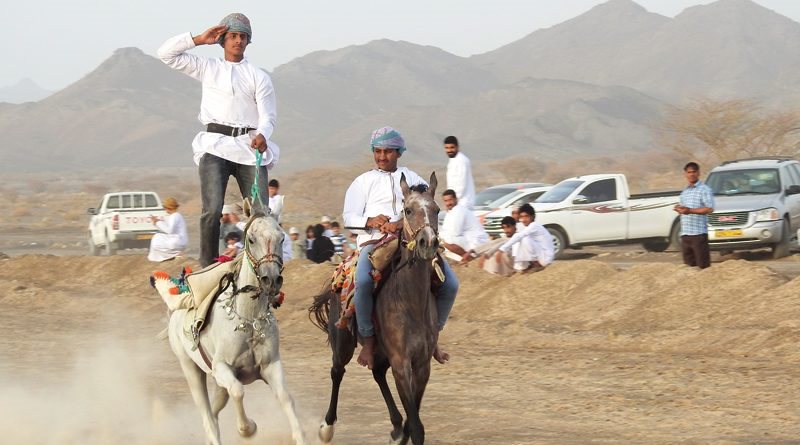 Recently, Oman has announced the registration of the United Nations Educational, Scientific and Cultural Organization (UNESCO), the country's most famous Horse and Camel Ardhah on its cultural heritage list. Ardhah is where people gather around the racecourse to watch shows by horse and camel riders. This have been a part from Omani cultural traditions in some areas since ages. On 17th October 2003, the UNESCO Convention defined the intangible cultural heritage as " the practices, representations, expressions, knowledge, skills – as well as the instruments, objects, artifacts and cultural spaces associated therewith – that communities, groups and, in some cases, individuals recognize as part of their cultural heritage. This intangible cultural heritage, transmitted from generation to generation is constantly recreated by communities and groups in response to their environment, their interaction with nature and their history, and provides them with a sense of identity and continuity, thus promoting respect for cultural diversity and human creativity". Locally we can consider the intangible cultural heritage as the things that include verbal expressions such as languages, customs, traditions, beliefs, popular practices, festivals, religious festivals, professions, crafts, games, traditional puzzles, poetry, and songs. Oman is rich in these kinds of arts such as Alrazha and Alaazi, along with some other popular traditional games.

Countries around the world are competing to present the elements of intangible cultural heritage. They are willing to involve these elements in the representative list of the intangible heritage of UNESCO. The listing process is of a great importance to these countries, as it represents a global presence of the intangible heritage of humanity as a whole. The number of Omani arts and literature included in the UNESCO's Intangible Cultural Heritage List has so far reached 8 files, including 5 common files which are (El Tgroud, El Ayala, El Rizafah El Homsia, Cultural Spaces of Arab Councils and Coffee), and two files are the(Al Azi and Bara) and recently the horse and camel Ardhah have been added. This proves the Omani interest in preserving cultural heritage from one side and their awareness of the importance of the UNESCO Convention in protecting the intangible heritage on the other side .

The "Azi" is the art of poetic singing without toning. It is an individual performance by a creative poet as a leader of the Azi group. He goes on and cast a poem of pride or praise, and shake his sword a transverse shake at every pause. Behind the poet, a group of men in a closed circle surrounding the poet and his followers. This is a sample of an Omani intangible cultural heritage. The Sultanate worked to preserve intangible cultural heritage by implementing some procedures. Establishing the ministry of heritage and culture was the first step. Later, it ratified several international conventions related to intangible cultural heritage, such as the 2003 Convention for protecting the Intangible Cultural Heritage. This Convention seeks to achieve several objectives. First, respecting the intangible cultural heritage of the communities and groups. Second, raise awareness at the local and international levels about the importance of intangible cultural heritage and the importance of mutual appreciation of this heritage. Third, ratifying the Convention on the Promotion of Cultural Expressions. Overall, the interest on the heritage is not limited to the people, but to the thoughts of his Majesty's as well. He mentioned in his speech that "The desire to build a modern state that takes the modern scientific and technical methods did not force this country to deny its ancient heritage. It's always required to integrate modernity with authenticity. "